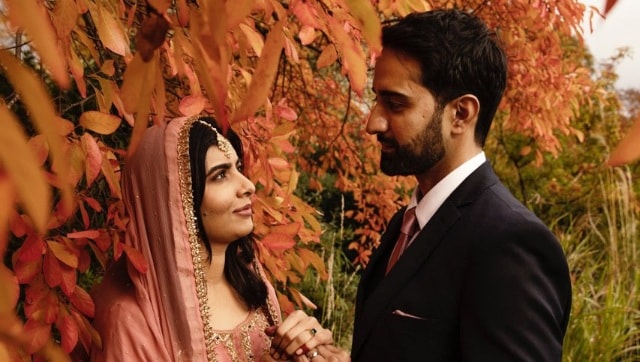 As congratulations continue to pour in for the happy couple, here’s a look at who Malik is

Nobel laureate Malala Yousafzai announced her marriage to Asser Malik on 9 November, revealing that she got married in a small ceremony in Birmingham, England. The 24-year-old activist for female education took to social media to announce that she and Malik had “tied the knot to be partners for life”.

As congratulations continue to pour in for the happy couple, here’s a look at who Malik is: According to Hindustan Times, Malik works at the Pakistan Cricket Board (PCB) as a “General Manager High Performance”. He was previously working as a franchise owner in the amateur league Last Man Stands and was also the managing director of a player-management agency.

According to news reports, Malik was also the president of Dramaline, an organization that did theatre productions, while he was in college. As per his LinkedIn profile, Malik has been involved in “reviving grassroots cricket” as well as providing amateur players with a “proper hard ball cricket experience” in Pakistan and has also designed the player development program for the Pakistan Super League (PSL) team Multan Sultans.

It is unknown how long Yousafzai and Malik have known each other. According to Hollywood Life, the couple has known each other since at least June 2019, when Malik posted a picture on Instagram with former cricketer Waqar Younis and other people, including Yousafzai, cheering for the Pakistani cricket team at the Lord’s Cricket Stadium.

In 2012, Yousafzai was shot in the head by militants belonging to Tehreek-e-Taliban Pakistan in her hometown in Pakistan’s Swat Valley, due to her advocacy for girls’ education. She survived her injuries to become the youngest Nobel laureate in the world, winning the Nobel Peace Prize in 2014.

The 24-year-old has also written a best-selling memoir titled I Am Malala and advocated for female education globally. In 2018, she launched a digital publication known as Assembly for girls and young women on the platform Apple News. She graduated with a degree in Philosophy, Politics, and Economics from Oxford University in 2020.