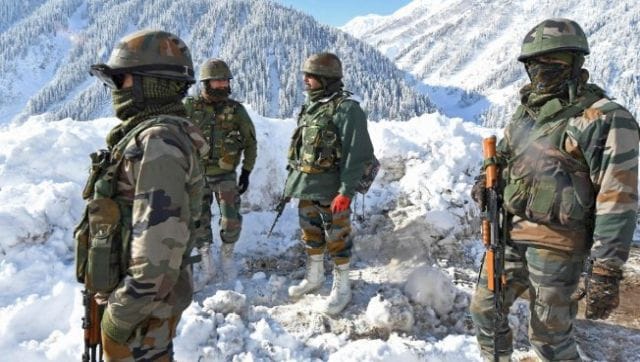 In its recent report, the US Department of Defence said China built a large 100-home civilian village inside disputed territory between its Tibet Autonomous Region and India’s Arunachal Pradesh

What is going on at the Line of Actual Control?

It seems that the Ministry of External Affairs and Chief of Defence Staff Gen Bipin Rawat are not on the same page, causing some amount of confusion.

The latest issue has erupted over the recent Chinese construction activity along the Line of Actual Control, which was revealed in a Pentagon report.

We take a look at the differing views and why the contrasting perspectives could be a problem for India.

The village that started it all

The United States Department of Defence recently released a report titled ‘Report on Military and Security Developments Involving the People’s Republic of China – 2021’ in which it mentioned that China had built a 100-home civilian village “inside disputed territory between the Tibet Autonomous Region and India’s Arunachal Pradesh state in the eastern sector of the LAC”.

The village is located on the banks of the River Tsari Chu, along the disputed border in the Upper Subansiri district in Arunachal Pradesh.

The report added that the village had been constructed sometime in 2020.

Reports had stated that the village along the disputed border in the Upper Subansiri district is in an area that was occupied by the People’s Liberation Army (PLA) after overrunning an Assam Rifles post in 1959.

What the MEA said

On Thursday, the Ministry of External Affairs reacted to the Pentagon report stating that India has “always conveyed strong protests against such acts through diplomatic means and will continue to do so”.

External Affairs Ministry spokesperson Arindam Bagchi said India keeps a constant watch on all developments having a bearing on its security and takes all the necessary measures to safeguard its sovereignty and territorial integrity.

“We have taken note of the US Department of Defence’ report to US Congress which inter-alia also makes a reference to construction activities by Chinese side along the India-China border areas particularly in the Eastern sector,” Bagchi said.

Bagchi further added, “India has neither accepted such illegal occupation of our territory nor has it accepted the unjustified Chinese claims. The government has always conveyed its strong protest to such activities through diplomatic means and will continue to do so in the future.”

The MEA spokesperson also reiterated that India too stepped up infrastructure development including the construction of roads and bridges in areas along the border with China.

Hours after the MEA issued its statement, the Chief of Defence Staff General Bipin Rawat contradicted the official position regarding the Chinese construction activities in the eastern sector of Arunachal Pradesh.

Speaking at the Times Now Summit 2021, General Rawat said: “As far as we are concerned, no such village development has taken place on our side of the LAC.

“The present controversy — that has erupted — that the Chinese have come across into our territory and built a new village is not true.”

India’s senior-most uniformed officer added, “But what I wish to come out with is, Chinese are building villages possibly for billeting and locating their civilians, or for the military in the future, all along the Line of Actual Control, particularly after the recent face-offs that we’ve had. But this present controversy that has erupted that Chinese have come across into our territory and have built a new village is not true…”

Rawat went on to add that reports saying that China was increasing infrastructure along the Line of Actual Control weren’t true.

He affirmed that the so-called Chinese infrastructure was being redeveloped. “I would not call it muscle-flexing. We are noticing permanent structures on the Chinese side, so if we have to be permanently there, so be it,” the New Indian Express quoted Rawat as saying.

Rawat during the Summit also pointed out that the Chinese soldiers are isolated. “He (Chinese soldier) is living thousands of miles away from the mainland. And he sees our people that they are in a much happier state. They get to go home much faster.”

He further added that India taking note of the issues at hand had released funds for Border Area Development Programme projects. “In fact, we are encouraging people to go there and stay back in those villages because a large number of villages along the LAC are being vacated. Why are they being vacated? Because people find job opportunities, education, health infrastructure, more in the inner areas,” he explained.

Differing views could be an issue

Defence experts note that the differing perspectives over the issue of the Chinese villages could become an issue, as it doesn’t send out a clear message of unity.

Moreover, if the departments of the government aren’t united, then the execution of plans or discussions on these issues could become problematic.

Additionally, differing perspectives will also confuse the citizenry of the nation at a time when tensions are already high.

Last month, India and China failed to make any headway in resolving the 18-month standoff in the remaining friction points in eastern Ladakh during the 13th round of military talks between the two countries.

Each side currently has around 50,000 to 60,000 troops along the LAC in the sensitive sector of eastern Ladakh.