Kannada actor Puneeth Rajkumar passed away today after suffering a massive cardiac arrest. He collapsed while working out in the gym today morning and was admitted to Vikram Hospital in Bengaluru. The actor was 46. The news was confirmed by Sathish, the personal manager of Puneeth, and other sources related to the actor.

The sudden passing away of Puneeth has taken the entire South Indian film industry by shock. A high alert has been declared in Karnataka with police battalions deployed in several areas. The government has ordered to close theatres and liquor shops immediately.

Meanwhile, film personalities from across the country are expressing their shock at the sudden demise of Puneeth Rajkumar, who was fondly called Appu.

The loss of Puneeth Rajkumar has come as a terrible shock. I still find the news hard to believe. It feels as though I have lost a younger brother. My thoughts & prayers go out to his family with whom I share a close bond. I wish them strength & comfort to cope with this loss. pic.twitter.com/x8GDRNPx7d

Shocking and Heart breaking to know that Puneeth is no more. It is a huge loss for the film fraternity. My deepest condolences to Puneeth’s family and loved ones. 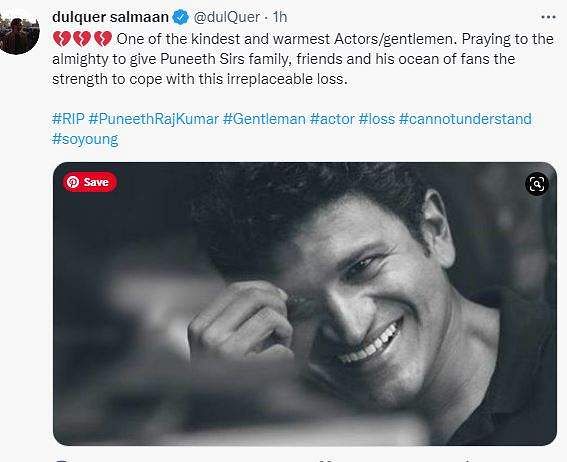 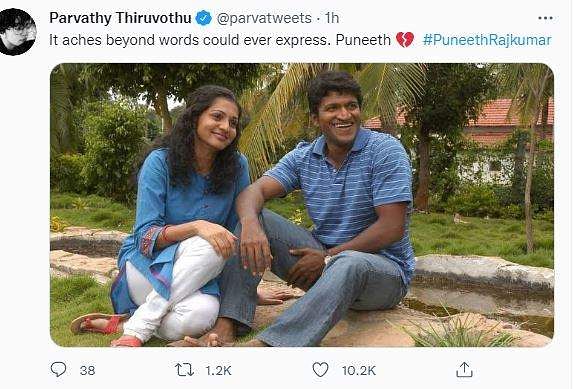 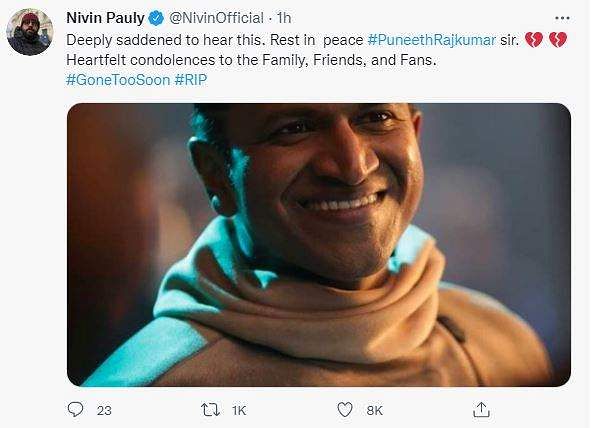 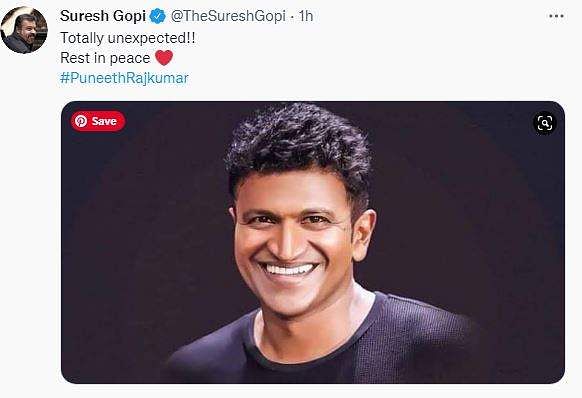 Puneeth is the son of legendary actor Rajkumar and Parvathamma. Starting his career as a child artist at a very young age, he went on to win the National Film Award for Best Child Artist for his performance in Bettada Hoovu in 1985. He started playing male lead roles with Appu (2002), which eventually became his pet name among fans. Over the years he carved an image for himself as a star by doing family entertainers. His major successes include Jackie, Hudugaru, Rana Vikrama, Raajakumara, and Natasaarvabhowma.

On the acting front, he was last seen in Yuvarathnaa, directed by Santhosh Ananddram. He had recently wrapped shooting for Chethan Kumar’s James, alongside Priya Anand. He was about to begin shooting for Dvitva, directed by Pawan Kumar from November 1.