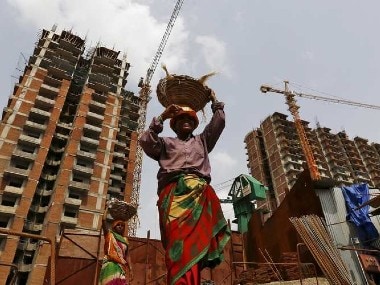 The Modi govt has introduced quality-cum-cost based selection as a mode for awarding contracts, which means lowest-cost bid is no longer the chief criterion

If the quality of execution has not always been regarded as the forte of public works in India, a key reason is the tendering guidelines, which said that contracts have to go to the lowest bidder.

However, this stipulation, known as the L1 approach, is now no longer the primary criterion for the awarding of government contracts as the Narendra Modi government has brought in new guidelines to reform the procurement and project management process, paving the way for giving of weightage to quality in public works.

Here’s what you need to know.

What are the procurement reforms introduced by the Centre?

On 29 October, the Union finance ministry released guidelines for reforms in public procurement and project management, which seek to incorporate “innovative rules for faster, efficient and transparent execution of projects”.

The ministry said that the new instructions, the formulation of which was led by the Central Vigilance Commission (CVC) and involved detailed consultations with experts from relevant fields, will help the government better meet the challenge of “executing public projects on time, within the approved cost and with good quality”.

“As the pace of economic development steps up, careful examination of procedures and rules is essential to ensure unwarranted roadblocks are removed and new innovations utilised for increasing value for money of the taxpayer,” the ministry added while announcing the guidelines, which have been hailed by experts and commentators.

The NITI Aayog, which also provided inputs towards the new guidelines, had said in October last year that India will require investments to the tune of around $4.5 trillion by 2040 to develop the infrastructure for sustaining its economic growth.

But it had noted that the challenges in infrastructure development that often obstruct the smooth execution of projects means “radical reforms” are needed in the way infrastructure projects are executed in India.

What drove the adoption of new procurement rules?

The ‘General Instructions on Procurement and Project Management’ seeks to enable the use of “alternative procurement methods and other emerging trends apart from regularly used methods of procurement”. The ministry said that these guidelines are in the nature of “general instructions” under the General Financial Rules (GFRs), 2017, and shall prevail in the event of any conflict with existing provisions.

Underlining some of the key reforms being brought in, the ministry said that they include prescribing strict timelines for payments when due, noting that the “timely release of ad hoc payments is expected to improve liquidity with the contractors, especially Micro, Small and Medium Enterprises (MSMEs)”.

Thus, the new instructions say that ad hoc payments of not less than 75 percent of the eligible amount due shall be made within 10 working days of the submission of the bill by the contractor, which time will be used to accomplish “all processes”, including prima facie scrutiny and certification by the engineer in-charge.

It also says that the remaining payment is to be made after final checking within 28 working days and that public officials “may put in place a provision for payment of interest in case of delayed payments by more than 30 working days” after the contractor has submitted the bill with the rate of interest to be that on the General Provident Fund.

The instructions say that the “final bill should be paid… within three months after completion of work”.

What is the L1 System for procurement? What is the quality element now introduced?

The QCBS route can be taken where the procurement has been declared to be a ‘quality-oriented procurement’ (QOP) by the competent authority and for non-consulting services where the estimated value of the contract does not exceed Rs 10 crore inclusive of taxes, etc. Although the primacy of cost still persists given that the guidelines say that the “maximum weight of non-financial parameters shall in no case exceed 30 percent”.

Further, noting the propensity among procurement agencies for rejecting ‘single bids’ and issuing fresh tenders, which is seen as a “safe” course of action, the new instructions say that the “lack of competition shall not be determined solely on the basis of the number of bidders”, especially when re-bidding leads to additional costs (in floating the tender all over again) and delays while also giving rise to the possibility of the submission of a higher bid.

The new instructions thus say that even a single bid is to be considered valid, provided that the procurement was properly advertised with sufficient time allotted for submission of bids, and prices compared reasonably with market standards, etc.

What are some other key reforms?

The new guidelines also stress on careful review of progress and assessment of project timelines, preferably through the use of digital systems like electronic measurement books (e-MBs) which, along with other IT-based solutions, would enable, among other things, faster payments to contractors and a reduction in the number of disputes. The instructions note that IT-based project management systems can help in “improving efficiency, transparency and aid faster decision-making in the execution of projects”.

The instructions also cover the issue of litigation with a clear thrust on ruling out legal action as the default recourse in the context of disputes arising through the implementation of contracts. Noting that “litigation has adverse implications on the timelines and overall cost of the project”, the instructions direct officials to pursue discussion, mediation and consultation before resorting to arbitration/litigation.

Noting that the data shows when an arbitration award is challenged, the decision in “a large majority of cases” goes in favour of the contractor, the guidelines say that arbitration awards should be “critically reviewed” and the decision to appeal “should not be taken in a routine manner but only when the case genuinely merits going for the appeal and there are high chances of winning in the court/higher court”.

While the perception, the instructions say, is that such appeals are pursued as a means to “postpone the problem and defer personal accountability”, what it leads to is huge financial losses to the government since the amount awarded becomes payable with interest, at a rate “which is often far higher than the government’s cost of funds”.