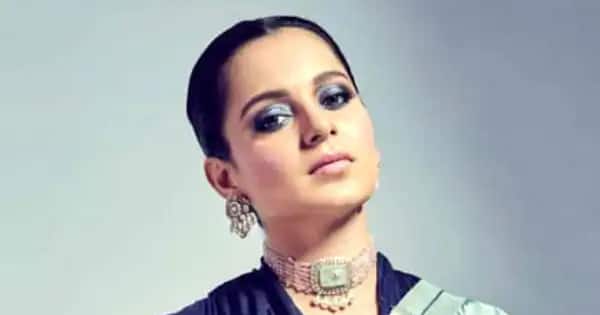 Kangana Ranaut stirred another controversy after she spoke about India’s freedom struggle. In a conversation with Times Now, the Manikarnika actress stated that the country got its real Independence in the year 2014 after the BJP-led Government came into power. She also mentioned that India’s Independence in 1947 was ‘bheek’ (alms). This irked many and social media went abuzz demanding her arrest. Many even mentioned that her Padma Award should be withdrawn. Now, it is politician Nawab Malik who has commented on Kangana Ranaut’s statement. Also Read – From her Twitter ban to claiming that Sushant Singh Rajput was murdered – 9 of Kangana Ranaut’s biggest controversies

As reported by news agency ANI, Nawab Malik stated that Kangana Ranaut insulted freedom fighters by making these statements. He also stated, “Looks like Kangana Ranaut took a heavy dose of Malana Cream (a particular variety of hashish which grows specifically in HP) before making such a statement,” Maharastra Minister Nawab Malik added while reacting to actress’ statement that ‘India got freedom in 2014’.” Check out the tweets below: Also Read – Trending Entertainment News Today: Kangana Ranaut says ‘India got freedom in 2014’; Vicky Kaushal’s ex Harleen Sethi reacts to his wedding with Katrina Kaif and more

“Looks like Kangana Ranaut took a heavy dose of Malana Cream (a particular variety of hashish which grows specifically in HP) before making such a statement,” Maharastra Minister Nawab Malik added while reacting to actress’ statement that ‘India got freedom in 2014’

Reportedly a complaint has also been filed against the Tanu Weds Manu actress for the same. Preethi Menon, the national executive chairman of the Aam Aadmi Party has written a letter to Mumbai Police to take action against Kangana Ranaut. A copy of the letter was shared on Twitter. Also Read – 11 soon-to-be married celeb couples who are constantly making headlines for all things related to their Big Fat Bollywood Shaadi

Submitted an application to @MumbaiPolice requesting action on Kangana Ranaut for her seditious and inflammatory statements on @TimesNow, under sections 504, 505 and 124A.
Hope to see some action @CPMumbaiPolice @DGPMaharashtra pic.twitter.com/9WxFXJFnEn

We await Kangana Ranaut’s reaction on the same. Watch this space for more updates.