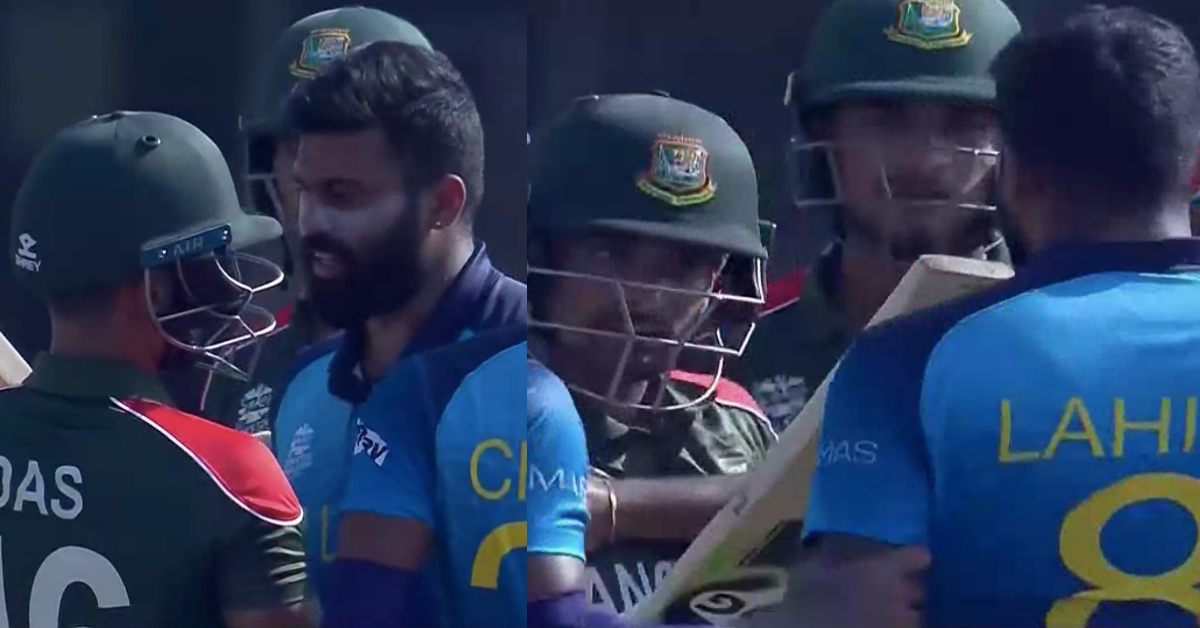 Sri Lankan fast bowler Lahiru Kumara and Bangladesh keeper-opener Liton Das have been fined by the ICC match officials for breaching the ICC code of conduct following their on-field scuffle during the Sri Lanka-Bangladesh match in the Super 12s stage of the ongoing T20 World Cup 2021 in Sharjah.

The two teams clashed in the encounter on October 24 in the Group B encounter on Sunday in Sharjah. Kumara dismissed Liton Das early, but this led to the bowler getting in face of the batter while he was leaving for the dugout. Liton’s opening partner Mohammad Naim had to intervene and push Kumara away from Liton before Sri Lankan players and on-field umpires came to deescalate the situation.

Kumara was found guilty of breaching Article 2.5 of the ICC Code of Conduct for Players and Player Support Personnel, which relates to “Using language, actions or gestures which disparage, or which could provoke an aggressive reaction from a batter upon his/her dismissal during an International Match.”

Liton, on the other hand, was found guilty of breaching Article 2.20 of the ICC Code of Conduct for Players and Player Support Personnel, which relates to “conduct that is contrary to the spirit of the game’.

The incident occurred in the fifth over after the dismissal of batter Litton Kumar Das in the Bangladesh innings. After dismissing Das, Kumara used aggressive words and actions and provoked a reaction from the batter. Having been provoked by the bowler Kumara, Das reacted aggressively and in a manner that was contrary to the spirit of cricket.

Javagal Srinath of the Emirates ICC Elite Panel of Match Referees imposed the sanctions, which were approved by the ICC Cricket Operations department as per the COVID-19 provisional playing guidelines.