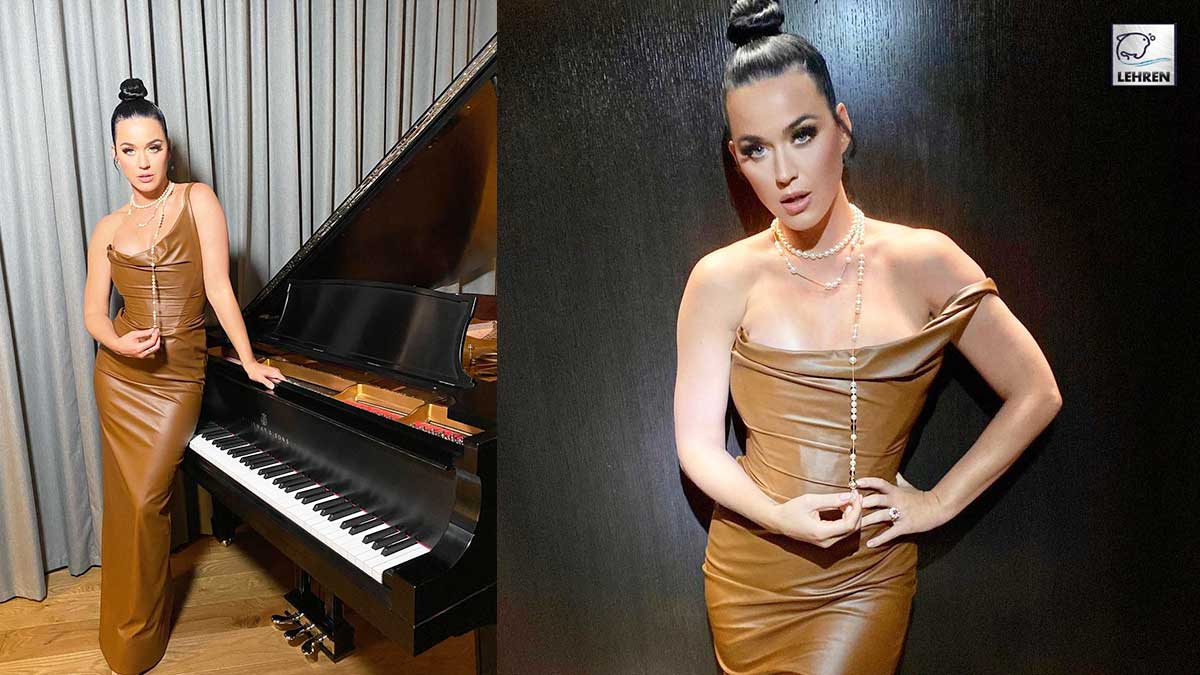 Katy Perry turned up the heat in the figure-hugging brown dress and showed off her freshly-dyed black locks after previously rocking blonde hair. The star also had her toned frame on display in the gown that was cinched in at the waist and had a one-shoulder design. She complimented her look with a long pearl necklace that fell down the front of her dress and wore her dark tresses pinned back while opting for a glamorous makeup look.

Additionally, the Firework hitmaker took to Instagram to show off the look to her fans. She captioned her snaps, “i just think it’s time to give them everything they want,” while adding some hashtags.

Although Chris Stapleton walked away with the most trophies at the 2021 CMA Awards on Wednesday night, Carly Pearce and Luke Combs also stole the show. Stapleton won Male Vocalist of the Year, Album of the Year, Single of the Year, and Song of the Year at the annual event, held at the Bridgestone Arena in Nashville.

Meanwhile, Pearce delivered the most emotional speech of the night after winning Female Vocalist of the Year in the same year where Carrie Underwood’s amazing 15-year nomination streak in the category was snapped while Combs pulled off quite the surprise himself by winning the biggest award of the night, Entertainer of the Year.