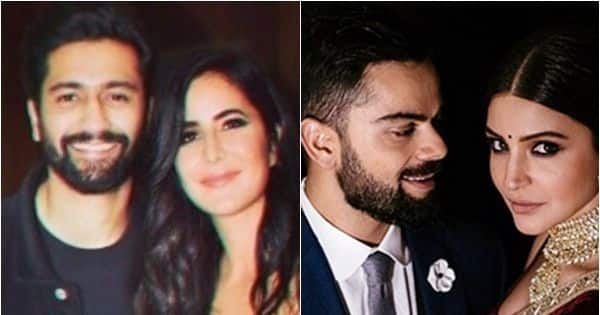 Reports of Katrina Kaif and Vicky Kaushal‘s December wedding have picked up pace in the last couple of days. It is being said that their family members have also begun preparation for their big day. And if the latest report in Pinkvilla is to be believed, Katrina and Vicky are all set to become Anushka Sharma and Virat Kohli’s neighbours post their rumoured wedding. Also Read – Kareena Kapoor Khan, Anushka Sharma, Samantha Ruth Prabhu, Kajal Aggarwal and more actresses whose morphed, inappropriate images kicked up a storm on social media

The report says Katrina and Vicky had visited Juhu’s plush high rise apartment where Anushka and Virat had bought an apartment last year. The rumoured couple had paid multiple visit to the apartment and were quite impressed with the property. They eventually ended up finalising the apartment and are reportedly going to stay there together after getting married in December. Also Read – Karwa Chauth 2021: Get inspired from these Bollywood actresses and look stylish on the auspicious day

While the wedding rumours have been spreading like wildfire on social media, Katrina has denied it saying that there’s no truth to it. But the speculations are just refusing to die down. It is being said that Katrina and Vicky will tie the knot as their wedding festivities will begin in Rajasthan from December 7 to December 9. It is reportedly going to be a big fat Punjabi wedding and ceremonies like Haldi, Mehendi, Phere followed by a Catholic wedding have apparently been planned. Also Read – Anushka Sharma, Alia Bhatt, Katrina Kaif and more – 9 Bollywood beauties who are also talented photographers and click the most viral-worthy pics

It remains to be seen if Katrina and Vicky will walk down the aisle and become man and wife.