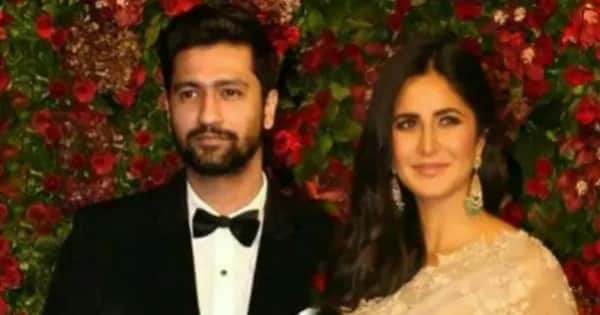 Bollywood’s most popular rumoured couple Katrina Kaif and Vicky Kaushal‘s wedding news has been doing the rounds for the last two days on social media. According to Pinkvilla, the Bollywood actors will get married in the first week of December with their wedding festivity scheduled for December 7 to 9 in Rajasthan. Also Read – Katrina Kaif – Vicky Kaushal wedding: Why is the actress hiding the truth?

If reports are to be believed then few invites have been sent to Bollywood actors including Salman Khan and his family who have agreed to attend the wedding from Katrina’s side. Well, both Katrina and Vicky have reportedly planned a big fat Punjabi wedding which will also include Haldi, mehendi, Hindu wedding, and catholic wedding. Katrina and Vicky’s wedding festivity will be hosted at the Six Senses Fort Barwara, a resort in Sawai Madhopur which is just 30 minutes away from Ranthambore National Park in Rajasthan. Also Read – Sooryavanshi: Allu Arjun’s wish for Akshay Kumar and Rohit Shetty ahead of their mega Diwali release; ‘I really wish you get people back to the theatres and cinema’ – watch

A source had exclusively informed ETimes about the couple’s preparation for their wedding ceremony and said, ‘Their wedding outfits are being designed by Sabyasachi. They are currently in the process of choosing fabrics for the same; Katrina has chosen a raw silk number for her ensemble, which is going to be a lehenga. The wedding will take place in November-December’. Also Read – Katrina Kaif – Vicky Kaushal’s wedding venue: Inside the 700-year-old grand fort where the Bollywood couple will get married – view pics

Recently, paps spotted Katrina Kaif’s mother and sister outside an ethnic wear store in the city. We had reported that Vicky and Katrina had a roka ceremony on August 18 in the presence of their close family members.