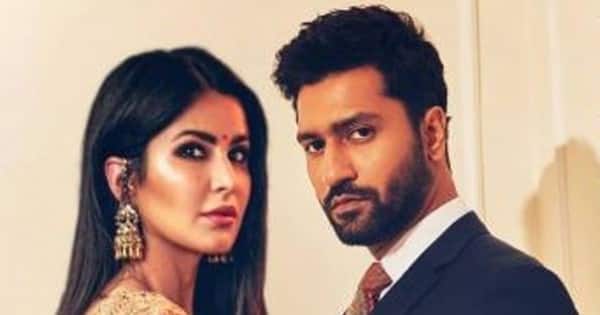 The big fat Bollywood wedding is just a few weeks away. Vicky Kaushal and Katrina Kaif are getting married in December 2021 in Rajasthan and the wedding preps are in full swing at both their homes. The couple have also locked in on their love nest, where they will shift right after their winter wedding. BollywoodLife had earlier exclusively reported that Katrina has taken a month off from work before her big day, which she is spending in her wedding preparations and completing her endorsements and other work commitments, but not working on any film right now. Also Read – Vicky Kaushal’s former girlfriend Harleen Sethi’s friend reveals what the actress is feeling about her ex’s impending wedding with Katrina Kaif

We also exclusively reported how Salman Khan has adjusted Tiger 3 schedule to accommodate Katrina’s wedding. The shooting for the groom to be Vicky Kaushal’s Sam Maneckshaw biopic with Meghna Gulzar is already moved to 2022 so that the two love birds have all the time to get married without a worry. However, soon after their December do, both the actors will get back to work. Also Read – Salman Khan to be a part of Rajiv Rai’s comeback film Tridev 2? This is what we know

A source close to the actress tells us, “Katrina has to get back on the sets of Tiger 3 while Vicky has Sam Bahadur. They have around 15 days in hand in which their wedding festivities will take up 3-4 days. While they will have enough time to revel in each other’s company as husband and wife before they get to work, there will be no time to factor in a honeymoon.” The source further revealed that the time post the wedding and work will be spent in doing up their home. Also Read – Vicky Kaushal FINALLY reacts to rumours of his December wedding to Katrina Kaif: Watch Video

“Katrina and Vicky are very excited about their new home and they will spend the time right after wedding in decorating it in their own way and settling in. Soon after, they will have to travel for work, so instead of a honeymoon, they will snuck up at their new home as a new married couple,” said the source revealing some truly aww-worthy, romantic details about the soon-to-be married Bollywood couple.

Meanwhile, there are reports that Katrina Kaif will be wearing a Sabyasachi legenga on her big day while Bollywoodlife has exclusively learnt that the groom Vicky Kaushal has zeroed in on designers Kunal Rawal and Raghavendra Rathore for their Royal Rajasthan wedding. This affair is going to be one grand do and we cannot wait.