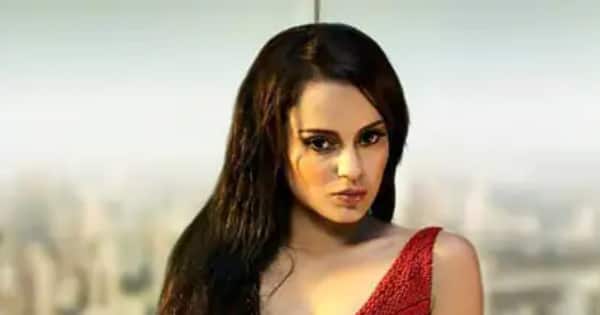 Kangana Ranaut was awarded with the Padma Shri a couple of days back. The actress who has been single for quite some time now said in an interview that she saw herself married with kids in the next five years or so. The actress was a part of the Times Now summit and gave an interview to the channel. Kangana Ranaut said she definitely wanted to be married with babies. The actress was quoted as saying that she saw herself as a mom and someone who is an active participant in the vision of a new India. When the interviewer asked her if she had taken steps to fulfill this dream, the actress replied, ‘Yes’. Everyone was curious to know about her partner but the actress did not reveal his name. Kangana Ranaut said that people would know soon about him. Also Read – Adhyayan Suman: Even if Aryan Khan had taken drugs, I don’t see why Shah Rukh Khan has to face the brunt of this [Exclusive]

The actress said that she did not believe in the concept of ‘in love’ but perhaps she was close to that space. Kangana Ranaut is on cloud nine after winning the award. She wrote on Instagram, “Long ago when I started my career ….A question bothered me … I asked myself some want money, some want fans …. some seek fame and some just want attention …. What do I want? Deep down I always knew as a girl child I wanted to earn respect and that is my treasure. Thank you India for this gift.” Also Read – 7 rollicking affairs of Bollywood celebs that once made headlines but are now forgotten

The actress’ alleged relationship with Hrithik Roshan dominated the headlines for a couple of years. She was dating a British guy Nicholas Lafferty in 2012 but they split after some months of dating. Her relationship with Adhyayan Suman also made news but for all wrong reasons. On the professional front, she has movies like Dhakkad, Sita and Tejas lined up for release. Also Read – Trending Entertainment News Today: Adhyayan Suman calls relationship with Kangana Ranaut ‘TOXIC’, Millind Gaba says Neha Bhasin made him uncomfortable and more