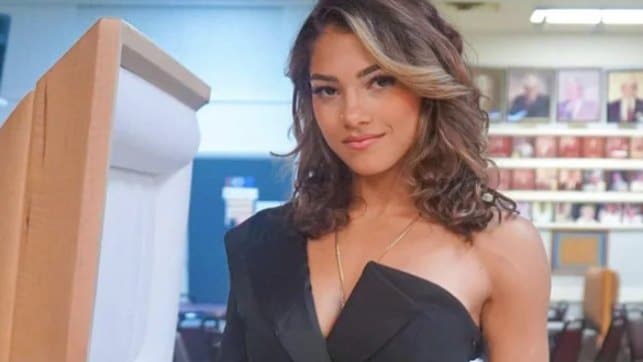 Defending herself, the Instagram influencer said, ‘Everyone handles the loss of a loved one in their own ways; some are more traditional while others might come across as taboo’

Social media influencers usually share videos and photos on their verified handles to increase followers and attract engagements on their profiles. However, one such influencer from Miami recently faced backlash after pictures of her posing in front of her father’s casket at his funeral went viral.

Twenty-year-old Jayne Rivera had shared these pictures on her social media account. She had captioned her post, “Butterfly fly away. Rip Papi, you were my best friend. A life well-lived”.

Meanwhile, in an interview with NBC News, Rivera defended her post saying that different people handle grief in different ways. “Everyone handles the loss of a loved one in their own ways; some are more traditional while others might come across as taboo. For me, I treated the celebration as if my father was right next to me, posing for the camera as he had done on many occasions in the past,” she said.

Rivera asserted there was nothing wrong with what she had posted she stands by it.

Minutes after she posted her images, social media users criticised Rivera for her action. There were many who voiced their opinion, others called out the influencer, and a few backed her.

While one user said it was strange to see someone pose like that at a funeral, the other defended Rivera by saying that what she did was okay as it was probably the last time she will be seeing that face in real life.

However, few reports also suggest that Rivera posted eight photos on her account. Among those pictures, one was clicked smiling, another showed her hands held together in prayer, and one even captured her glancing while looking away from the lens.