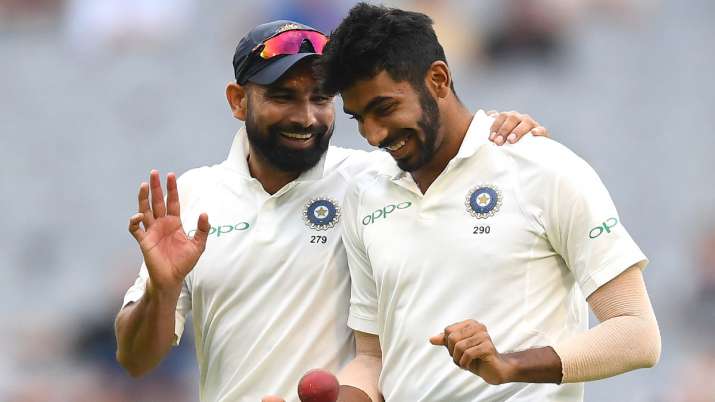 After drawing enough flak for the player’s schedule management in the aftermath of India’s T20 World Cup exit, the BCCI is likely to rest some key players for the New Zealand Tests.

According to a report from Times of India, frontline Indian pacers like Mohammed Shami, Jasprit Bumrah and Shardul Thakur will be rested for the Test series against New Zealand.

Mohammed Shami-Jasprit Bumrah’s resilience against England with the bat

Shami and Bumrah have been the core set-up in India’s red-ball bowling unit and in the Test series against England they showed their class with the bat too.

India were left in a challenging situation on the final day of the Lord’s Test after being reduced to 209/8.

All-rounder Shardul played a massive role in India’s victory at Oval. After India were 127 for seven down in the first innings, Shardul came to the rescue with his power fire shots as he scored 57 to push the total to 191.

Shardul also upped the ante in the second innings where he made 60 in a 100-run stand with wicketkeeper Rishabh Pant.

Thakur also got the important wicket of England skipper Joe Root in the second innings as India won by 157 runs.

The report also mentioned that Pant would also be rested with Wriddhiman Saha, who last played a Test against Australia in Adelaide will don the gloves behind the stumps against the Black Caps.

India’s regular skipper Virat Kohli will be rested for the first Test in Kanpur only to come back in the second match in Mumbai.

The first Test between India and New Zealand starts on November 25 at the Greenpark Stadium in Kanpur.