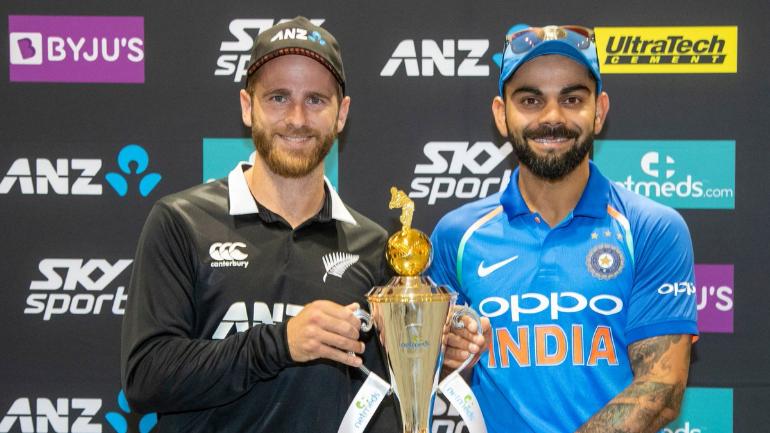 IND vs NZ Live Streaming Details- When And Where To Watch India vs New Zealand Live In Your Country? ICC T20 World Cup 2021 Match 28. India and New Zealand are set to face each other in their next encounter of ICC T20 World Cup 2021. The IND vs NZ clash takes place on October 31. The venue of the match is Dubai International Cricket Stadium. Both the teams are part of group 2 in the tournament.

India lost their previous game of ICC T20 World Cup 2021 to Pakistan by 10 wickets. In the match, India batted first and piled up 151-7 on the scoreboard. Openers KL Rahul (3) and Rohit Sharma (0) became a victim of pacer Shaheen Afridi at the start. Later, Virat Kohli slammed 57 runs while Rishabh Pant came up with 39 runs.

For Pakistan, the chase was a comfortable task with spectacular batting by their openers. Mohammad Rizwan hit 79 while Babar Azam scored 68 to set up an opening partnership of 152 runs. As a result, Pakistan won the match by 10 wickets.

For Pakistan, opener Mohammad Rizwan hit 33 runs but the rest top-order batsmen failed to go big. At 87-5, Pakistan reached a pressure situation in the match. However, Shoaib Malik and Asif Ali handled the innings well and won the match for the team by 5 wickets. Malik scored 26 while Ali hit a quickfire 27 off 12 balls.

IND vs NZ Live Streaming Details- When And Where To Watch India vs New Zealand Live In Your Country? ICC T20 World Cup 2021 Match 28

Also Read: Indian Selectors Wanted To Send Back Hardik Pandya To India After The IPL, MS Dhoni Convinced Them To Keep Him In The Squad: Reports

Star Sports will broadcast this T20 World Cup 2021 match live in India. Disney+Hotstar VIP will provide the live streaming platform for this match.

(Apart from English and Hindi commentary, this match will be available in six other regional languages)

SuperSport (SuperSport Cricket) will bring the live action of this T20 World Cup 2021 match in Sub-Saharan Africa, including South Africa and Zimbabwe.

In the United Kingdom (UK)

Sky Sports (Sky Sports Cricket) will bring the live action of IND vs NZ game in the United Kingdom (UK).

In the United States

Willow TV will provide the live streaming services of this match in the United States (USA) and Canada.

Fox Sports (Fox Cricket) will bring the live-action of this match in Australia.

Etisalat Criclife will broadcast the match live in the United Arab Emirates.