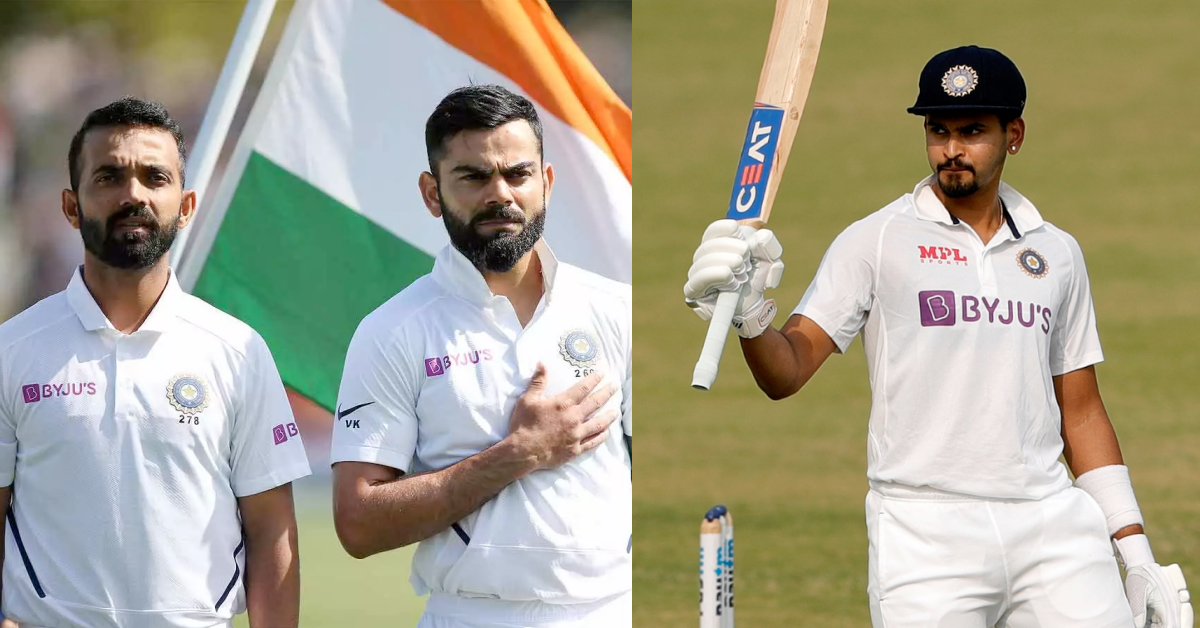 Ajinkya Rahane, India‘s captain for the Kanpur Test, has said that the management will make a call later about who will make way for Virat Kohli when the regular skipper returns for the second Test against New Zealand, to be played in Mumbai from Friday.

The Kiwis escaped with a close draw in Kanpur as Ajaz Patel and Rachin Ravindra batted out for 52 balls for the last wicket. Debutant Shreyas Iyer was named the Player of the Match for his century and half-century – the first Indian to do so on debut.

This has, though, created a big conundrum for Kohli, and the management about the selection, or rather the axing, of a batsman for the second Test.

Ajinkya Rahane lauded Iyer’s for his magnificent performance on debut, but didn’t make any statements regarding Iyer’s place for the Mumbai match.

“I am really happy for Shreyas. He had to wait a long time for his Test debut. He batted really well. The way he works, his record in FC cricket is really good,” Ajinkya Rahane said at the post-match presentation.

“Virat is coming back for the next game. We’ll have to wait and see till the Mumbai game. I am not going to make any comments but the management will make a call.

Ajinkya Rahane, the vice-captain, who himself has been struggling this year, could also make way for the captain.

Don’t think we could have done anything different: Ajinkya Rahane on late declaration on Day 4

Ajinkya Rahane was quizzed whether he regrets a late declaration on Day 4. The stand-in skipper defended himself, saying that they needed to ensure a safe total before declaring the innings and would stick with his decision.

“We wanted to get that partnership going. We were looking to bowl 5-6 overs in the end, but we needed that partnership to carry on. I don’t think we could have done anything different,” he commented.