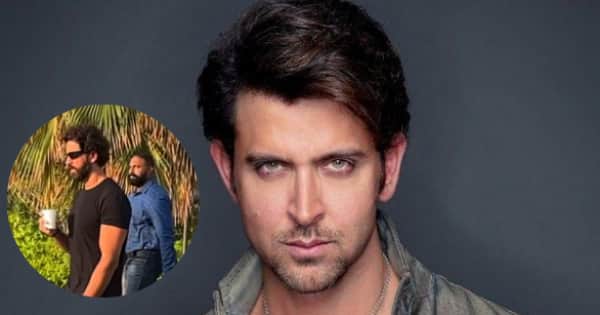 After the monstrous success of War, Hrithik Roshan is set to entertain fans with his upcoming neo-noir action-thriller flick, which is the official remake of Vijay Sethupathi and R Madhavan starrer Vikram Vedha. While the film recently went on floors in UAE, HR has wrapped the first action sequence of the film. The actor’s pics with stuntmen are going viral on social media and are raising our anticipation for this remake. Also Read – An Unhappy Ending: Malaika Arora to Sussanne Khan – When celebs from Bollywood opened up about their painful separation

A stuntman named Mansson Ali Khan shared some of the pics of him with HR from the sets and wrote, “First craziest action sequence have done .!! Cheer’s.” Another stuntman also posted a pic with HR and wrote, “Wrapped up the first action sequence of Vikram Vedha. A big ‘Thank you’ to @parvez.shaikhh sir for this opportunity. Wouldn’t have been possible without you ?? @hrithikroshan.” Also Read – THESE 14 blockbusters starring Shah Rukh Khan, Alia Bhatt, Prabhas, Rani Mukerji and more are the most rejected Bollywood films of all-time

Totally Blown with what you guys have done in terms of the mounting of this film.. @iHrithik looks like he is going to rule the World ❤️❤️????.. what an attitude and look man . Phew .. This one one has “historic” & “ legendary” written all over it bro. ❤️❤️ https://t.co/axRZiV248f

It is said that Vikram Vedha remake will be a special film for the actor as it will be his 25th venture and will be helmed by the original director duo of Pushkar and Gayathri with Saif Ali Khan as one of the leading costars. It marks the reunion of Hrithik and Saif after 19 years as they were last seen together in Naa Tum Jaano Naa Hum. It is set to hit the screens on September 30, 2022. So, are you excited for the film? Tweet to us @bollywood_life. Also Read – Hrithik Roshan’s Vikram Vedha look leaves R Madhavan ‘totally blown’; predicts the film will be ‘historic’, ‘legendary’