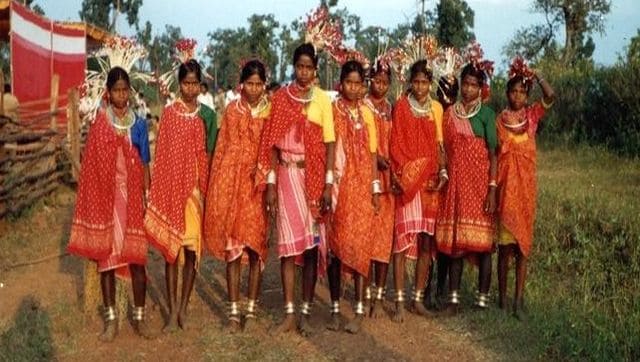 The state administration has overseen the implementation of several welfare schemes to provide tribal students housing, food, and scholarships and ensure they learn, upskill, and become ‘atmanirbhar’ (self-reliant)

Tribal welfare has, through the decades, been a topic that has attracted scant attention. This is particularly true on the implementation front, where the rubber meets the road.

As Madhya Pradesh gears up for India’s first Adivasi Gaurav Diwas (Tribal Pride Day), the prime minister is expected to announce a slew of new schemes for tribal welfare. It is expected that the Sickle Cell Eradication Mission for tribal populations will be announced, and that Madhya Pradesh chief minister Shivraj Singh Chouhan will hand over rights of community forests to Gram Sabhas. Additionally, a money lending act may be initiated for tribal people.

Tribal people have a unique ability to thrive in adversity and make the most of available resources, with respect and reverence for the environment. In my years working closely with the tribal population, I have seen how a growing number of tribal people have taken the initiative and left a mark by making opportunities count. Over the past few years, the metrics of tribal well-being in Madhya Pradesh have improved — across health, education, access to resources like land and water, and employment opportunities for tribal youth.

The state administration has been sensitive to the development of the tribal population. Madhya Pradesh’s budget for tribal welfare in financial year 2020-21 was Rs 8,085.99 crore, 10 times more than the budgetary provision made in 2003-04. The state administration has overseen the implementation of welfare schemes such as the Mukhyamantri Awas Sahayata Yojana, the Kanya Saksharta Protsaahan Yojana, and the Vimukt Jati Hostel Yojana to provide tribal students housing, food, and scholarships and ensure they learn, upskill, and become ‘atmanirbhar’ (self-reliant).

Benefiting from the Mukhya Mantri Medhavi Vidyarthi Yojana, over the past four years, over 5,000 tribal students got admission in prestigious colleges of the country to pursue higher studies in fields like engineering, medicine, and management, among others. Under the Awas Sahayata Yojana, the state administration has disbursed Rs 93 crore to more than 132,000 students over the past 18 months, to help them continue higher education in other cities and countries.

But numbers aside, what is most important is that Madhya Pradesh’s approach to tribal welfare has been inclusive. It has Jan Bhagidari at its core, which has made a difference. So, people from all walks of life such as tribal sarpanches, forest dwellers, scholars, academicians, and economists have joined hands with the state administration to devise and implement schemes on the ground. Tribal people have made an active contribution in the designing and implementation of schemes meant for their welfare by continuously sharing feedback.

By working closely with tribal people, various stakeholders have gathered an acute understanding of on-ground realities and these have fed policymaking and implementation. The state’s administrative machinery has been receptive to input, responding with alacrity and nimble footedness.

The combination of these factors has been helped Madhya Pradesh fare well in tribal welfare. On the auspicious occasion of the birth anniversary of Bhagwan Birsa Munda, the state will launch the first phase of the ‘Mukhyamantri Ration Aapke Gram Yojana.’ This scheme entails ration distribution to over 23 lakh tribal families in 7,511 villages of 89 tribal development blocks in 16 districts of Madhya Pradesh.

The collective contribution of various stakeholders in scheme implementation will, once again, help those most in need get support.

On Bhagwan Birsa Munda’s Jayanti, we should vow to continue treading the path of compassionate policy-making as this approach has served us remarkably well.

Dr Raghavendra Mishra is a professor at Indira Gandhi National Tribal University, Amarkantak. The author has worked extensively on the ground for tribal welfare, and is an eminent expert in this domain.