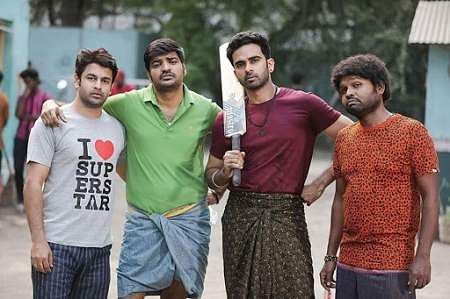 The first single of Ashok Selvan, Priya Bhavani Shankar’s Hostel has been titled Hostel Gaana and it will be out tomorrow at 5:00 pm. The song composed by Bobo Sashi has been sung by his uncle and senior composer Deva.

The film, which is reportedly a remake of the 2015 Malayalam films Adi Kapyaare Kootamani, follows the comedy of errors that ensue after a girl (Priya Bhavani Shankar) enters the boy’s hostel of her boyfriend (Ashok Selvan) is housed in.

Meanwhile, Ashok Selvan has Sila Nerangalil Sila Manidhargal, the long-delayed Red Rum, and an untitled project with debutant filmmaker R Karthik in his slate. Priya Bhavani Shankar, on the other hand, has multiple films including Rudhran, Indian 2, Kuruthi Attam, Arun Vijay’s Yaanai and Pathu Thala, in different stages of production.