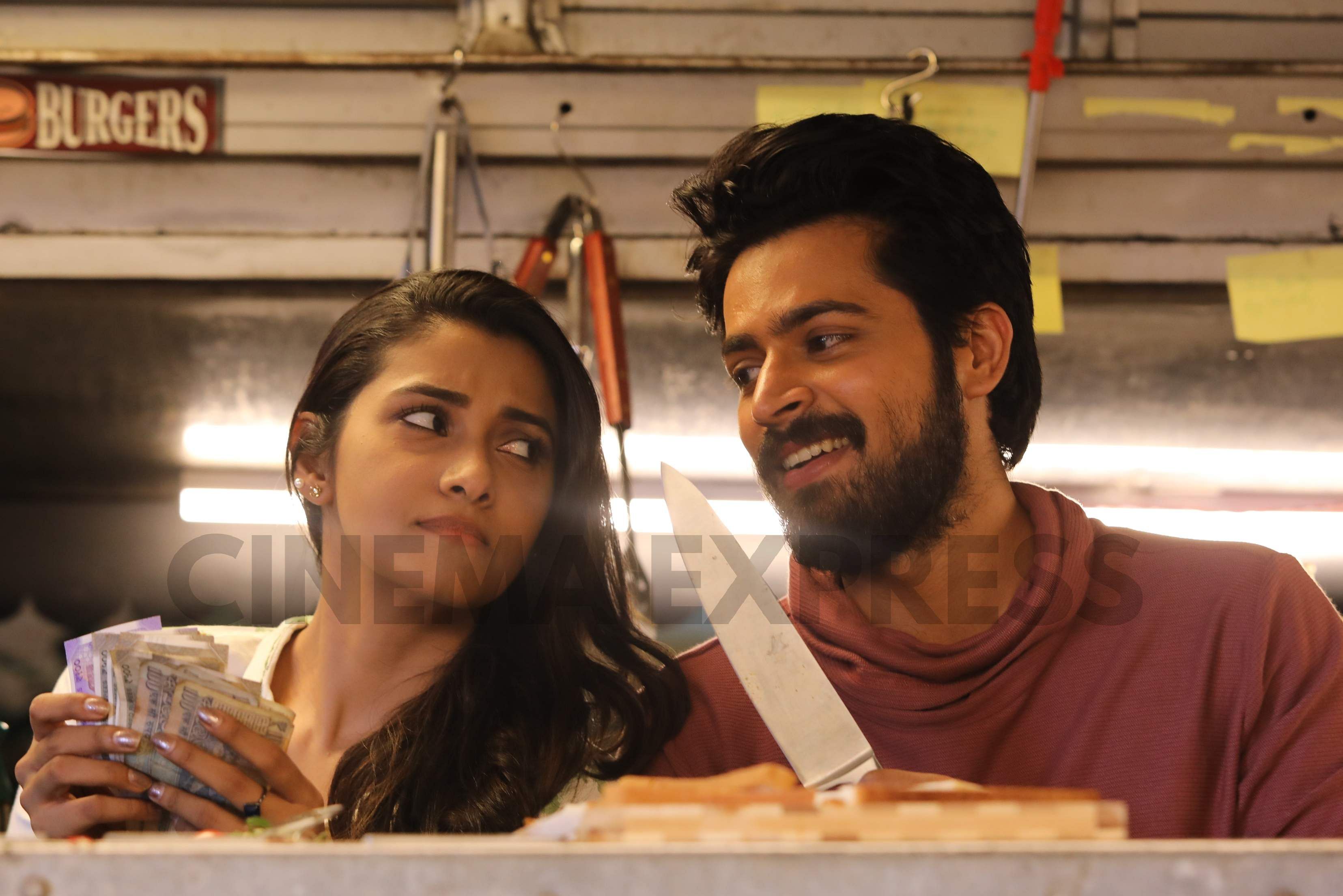 Harish Kalyan is careful that he not repeat characters, or for that matter, even looks. I point out that in most of his recent films (as well as in Oh Manapenne), he sports a beard. Harish laughs in response and maintains that his look has been different in each film. “In Pyaar Prema Kaadhal and Dharala Prabhu, I had a stubble or a short beard. Also, many have said that I look good with my beard.” If a film necessitates a full-shave, Harish is up for it. “People might get bored if they keep seeing me look the same.”

As for his choice of roles, the actor shares that he’s already taking steps to break the ‘rom-com hero/boy-next-door’ image. His stint in Chimbudevan’s anthology film, Kasada Thapara, released earlier this year on Sony LIV, was one such experiment, he adds. In that film, Harish played Kish, a conman with a streak of ruthlessness. “It’s a tried-and-tested formula for top actors to have played characters with streaks of grey. I found it more interesting that it was for a short segment in an anthology. I thought, why not?” The responses to the role have pleased him so much that he is happy to play a negative role should the script and the scale of production please him.

His recent release, Oh Manapenne, isn’t exactly a surprise addition in the Harish Kalyan filmography. The film, a remake of the 2016 Telugu hit Pelli Choopulu, has Harish and Priya Bhavani Shankar stepping into the shoes of characters played by Vijay Devarakonda and Ritu Varma in the original. Incidentally, this is Harish’s second consecutive remake after 2020’s Dharala Prabhu, a remake of Vicky Donor. Harish didn’t want it to be this way. “It all happened out of the blue. In fact, my next film was supposed to take off before Oh Manapenne, but it has been delayed,” he shares.

He is keen to clarify though that he had no reservations about doing the Pelli Choopulu remake. Apart from being a fan of the original, the actor says that the male lead’s character convinced him. “The character was relatable. I remember how I felt after I quit engineering. I didn’t know what the future held for me nor whether I would make it in cinema. I was lazy, with no fire in my belly. So, yes, that lack of ambition, and a taste for good food are aspects I could relate to with the character,” he says.

Interestingly, director Kaarthikk Sundar and Harish had decided not to revisit the original film to avoid being influenced. Pelli Choopulu was Vijay Deverakonda’s first step to stardom, but it’s not a thought that crossed his mind while choosing this film, Harish says. “I still look at myself as an upcoming actor. No matter who does this film, if the audience accepts it, they will reach the next level as an actor. The film gave Vijay Devarakonda a big boost and I loved his performance in the original.”

The performances of co-actors are as important as one’s own, believe Harish. “Whenever people used to speak about the importance of good co-actors, I would wonder why they were saying so, until I started acting with seasoned actors like, for example, Vivekh sir in Dharala Prabhu. They know the nuances of how to emote in front of the camera.” Even the camera comes later, adds Harish. “For your character, you are the first-person perspective of everything that happens. So how others emote helps decide how you react.” Acting with Priya was a similarly helpful experience, he says. “She carried her role well. Moreover, it is easy to work with someone who knows Tamil so well.”

Harish may not know what the future holds for him, but he knows what he wants. “Becoming a mass hero is the dream of any actor.” Harish is aware that leading a mass entertainer is no mean feat and that an actor’s current footing in the market is more crucial. “To reach that place in the market, you need to have done a considerable number of good films.”

It is partly why Harish rues the loss of the theatre experience for a film like Oh Manapenne. “I am happy that the film is releasing on a platform like Disney+ Hotstar. Everyone can access OTTs from their home and so, it’s an easier experience. However, I still wish it had been released in theatres as that is how we had originally envisioned it.”

Up next for Harish is a contemporary love story directed by Sasi of Pichaikkaran-fame. His project with his Pyaar Prema Kaadhal-director Elan, appears to have been delayed. Their film, Star, in fact, was promoted through a series of posters in which Harish Kalyan replicated the looks of actors like Rajinikanth and Kamal Haasan. The actor has no qualms in revealing that Elan got an offer from a big star to do a film, and so, the Elan-Harish combination will have to wait until that film gets completed.

Harish Kalyan is among the few popular heroes who can still pull off college characters. He notes that there have barely been any campus films in recent years. “Take, for example, the college portions in Sethu, or Kadhal Desam or Minnale or Sillunu Oru Kadhal. I can’t recollect such a movie in the last ten years. I want to do something like that.” Harish, one to follow his words with action, shares that he is already in negotiations to do such a film. He views this as one of several steps to take to achieve his long-term goal of stardom. “I know that it doesn’t happen overnight,” says a determined Harish.