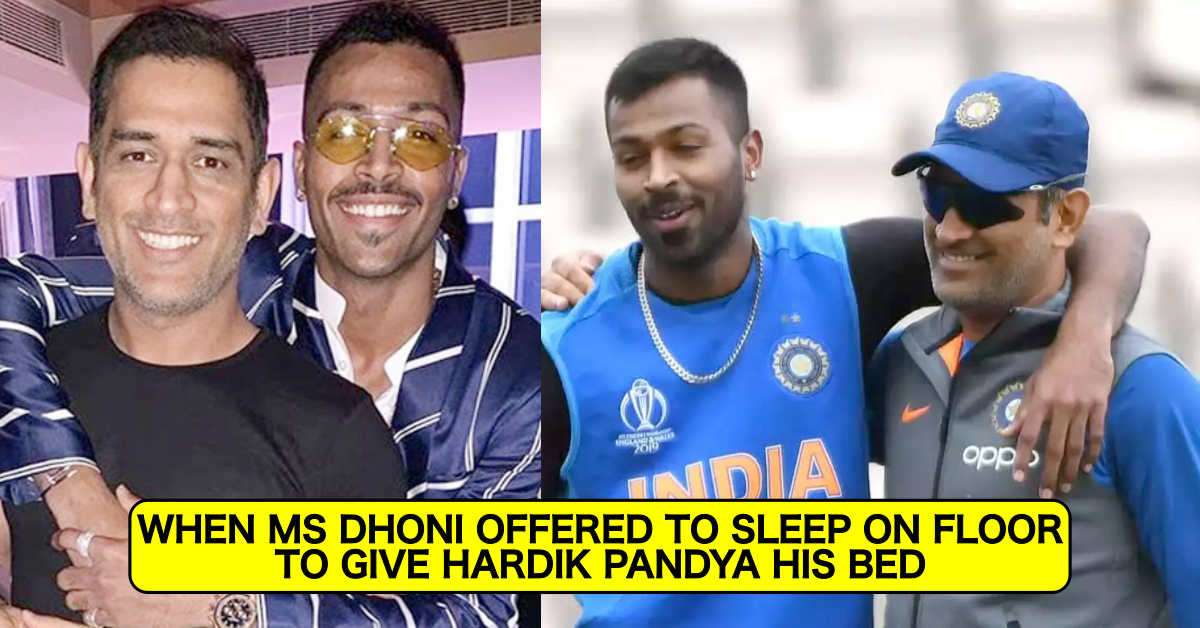 India all-rounder Hardik Pandya has revealed an incident when MS Dhoni asked him to sleep on his bed in the hotel room during a tour of New Zealand in 2019 while the former India captain slept on the floor himself.

Hardik Pandya was talking about the kind of equation he shares with the former India skipper who will be seen in the role of the Indian cricket team mentor for the upcoming ICC T20 World Cup 2021 which began on October 17 and will see India taking on England and Australia in a couple of warmup matches, before facing Pakistan in their first match on October 24 in Dubai.

Meanwhile, during a talk with ESPNCricinfo.com Hardik Pandya revealed an incident when MS Dhoni slept on the floor of his hotel room to accommodate Hardik on the bed during a tour of New Zealand in 2019. Hardik and KL Rahul were recalled for the New Zealand white-ball series after their suspensions were revoked in 2019.

“MS was someone who understood me from the start: how I function, what kind of a person I am, what are the things I don’t like, everything. When I was picked for the New Zealand series [in January 2019, after the suspension was revoked], initially there were no hotel rooms [for Pandya in New Zealand],” Hardik said.

“But then I get a call, saying, “You just come. MS has told us, ‘I don’t sleep on the bed [in any case]. He will sleep on my bed and I will sleep on the floor.’” He [Dhoni] was the first person who has been always there,” Hardik said about Dhoni.

Mahi Bhai Is A Darling- Hardik Pandya On MS Dhoni

Hardik Pandya, in the same conversation, talked about his bond with MS Dhoni. He said that MS understands the individual he was and would according to deal with him. Furthermore, Hardik said that MS Dhoni is the only person who can calm him down.

He called MS Dhoni his brother and darling, saying, “Mahi bhai is a darling. There are a lot of things I am allowed [with him], which no one else is. We connect well. Maybe he likes the fact that I never treat him like MS Dhoni. And he understands where I come from. He is like, Okay, yeh kar raha hai toh kuch soch ke kar raha hai [If Hardik is doing something, it’s only after he has considered it] type.”

Hardik and Dhoni reunited in the Indian team which will play the T20 World Cup 2021 as Dhoni has been named the mentor of the squad for the ICC event.