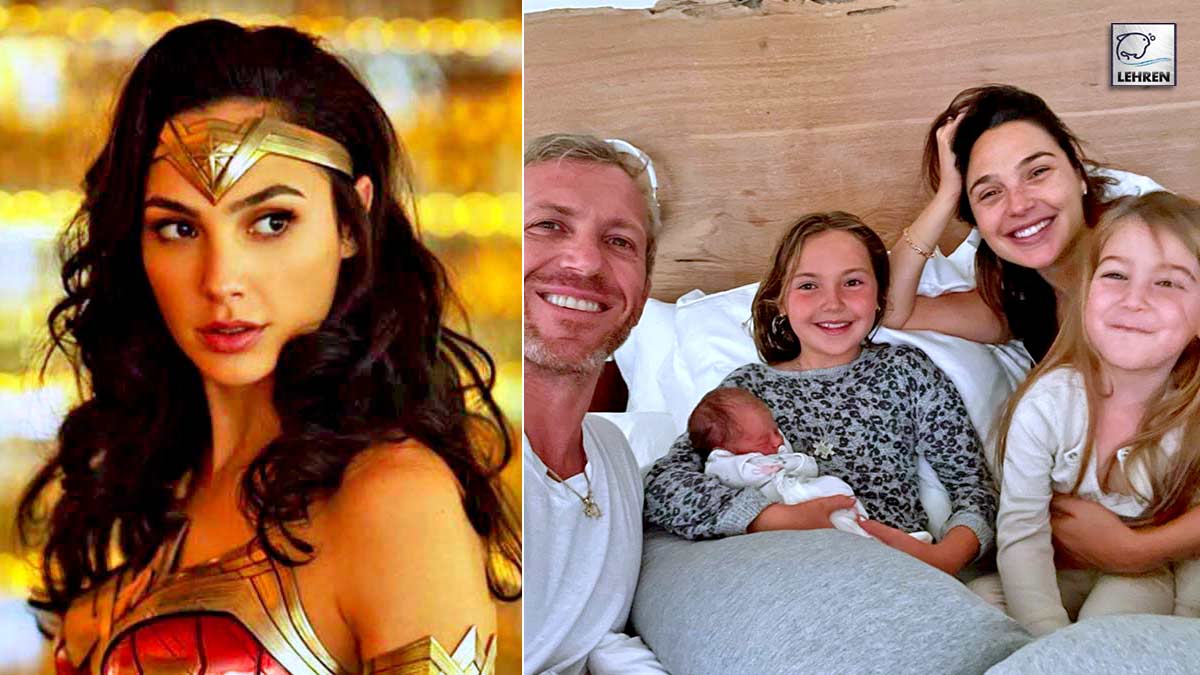 Wonder Woman star Gal Gadot is all set to reprise her role as Wonder Woman, in the third installment of the Wonder Woman movie franchise. In the 2020 film Wonder Woman 1984, gal gadot husband Yaron Versano and their daughters, Maya and Alma made a cameo.

Now, she hinted that she might be featuring her family in the upcoming Wonder Woman 3. The 36-year-old action star spoke with ET’s Nischelle Turner at the Elle Women in Hollywood celebration this week about whether her husband and kids might appear in the upcoming sequel after making cameos in Wonder Woman 1984. She teased to ET, “Well, we might. They can get used to it. It’s a nice souvenir in each movie they’re going to be older and older.”

Gadot shares three daughters with Yaron Varsano – Alma, 10, Maya, 4, and Daniella, almost 4 months. She said that she used to stress about what having children would mean for her career. She was reminded of her husband, Yaron Varsano’s, words when she had her first daughter. “He told me, ‘It’s for you to choose, but just think about what kind of example you want to set for her,’” she recalled. “So I just think about it as a win-win and of course something’s always got to give. We can’t be just perfect, but the only thing we can do is just give our best and do our best.”

Gal, who usually refrains from sharing pictures of her children on social media, opened up about the decision to have her family appear in the film. “It meant a lot,” Gal told Kevin McCarthy last year. “To have them captured in the film with me, because they are a part of it, meant a lot, and it’s an amazing, amazing souvenir that we will forever cherish,” she had added.

Less than a week after Jenkins confirmed the news that Wonder Woman 3 was a go, Gadot couldn’t help but gush about the upcoming film. “The most amazing thing, other than the fact that I get to wear the costume, the Wonder Woman costume again and get inside her boots is the fact that I can work with my amazing collaborators and work with director Patty Jenkins again and I’m super, super grateful for that,” she shared.

Meanwhile, Jenkins confirmed at the DC FanDome event that the movie, which is set to be the third and final installment of the Wonder Woman franchise, will star both Gadot and Lynda Carter, who played the role in the Wonder Woman series in the 1970s.