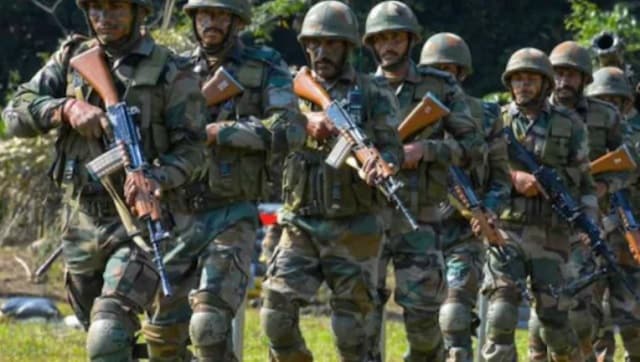 The end of Jammu and Kashmir’s special constitutional status was claimed to have ushered in a new Kashmir but the challenges it faces, though, are familiar, old ones

There was no band, no baaja, no baraat, just a small circle of family and friends who gathered at Abdul Salaam’s home in the small south Kashmir village of Kadder one autumn evening in 2005 to witness the marriage of his step-daughter, Shabbira Kuchay. The celebration was austere; a few dates were handed out to the guests after the village cleric solemnised the wedding. Then, as dusk fell, the groom walked out of the house and disappeared into the darkness—alone.

From his home in Changa Manga, some 30 kilometres south-west of the Pakistani city of Lahore, Sajid Saifullah Jatt, also known as ‘Langda’, or Sajid-the-Lame—is now believed to be commanding the Lashkar-e-Taiba’s long jihad in Kashmir.

Last week, a jihadist unit operating under Sajid’s command executed five soldiers at Chamrer, in Poonch, and then killed four more as it retreated west across the mountains into Mendhar—the Indian Army’s biggest loss in a single operation for years. In Kashmir’s cities and towns, cadre run by Jatt’s networks, calling themselves The Resistance Front, have staged multiple assassinations, targeting religious minorities, migrant workers, off-duty police and suspected informers.

The Lashkar’s aim is simple: to sabotage the peace India imposed after Kashmir’s special constitutional status was abrogated in 2019, by stoking widespread fears that India is preparing to seize the lands of its people, and destroy their faith.

Little reason exists to believe the Lashkar is close to success, as expert Ajai Sahni has pointed out, the data doesn’t support claims that violence is surging. The lesson from Sajid’s story, though, is clear: security misjudgment and political missteps can only too easily combine to generate a crisis.

In 2005, when Sajid crossed the Line of Control into Kashmir, the Lashkar was in crisis. Faced with international pressure, and wary of ending up at war with India, General Pervez Musharraf, Pakistan’s military ruler, had ordered a ceasefire along the Line of Control and curtailed the activities of jihadist groups in Pakistan. The Hizb-ul-Mujahideen, divided over secret peace talks with Indian intelligence, almost collapsed. Levels of violence plummeted to historic lows in Kashmir.

From the town of Qaimoh, near Kulgam, Sajid set about building new networks to address these problems—drawing on committed members of the Ahl-e-Hadis, the religious order from which the Lashkar’s leadership is drawn, discontented Hizb-ul-Mujahideen operatives, and a new generation of youth drawn to Islamism.

The most important relationship to develop during this time was with Muhammad Abbas Sheikh, the 1975-born son of a small peasant who would key to building what is now called the TRF. Part of a poor, large family—he has nine siblings—Abbas dropped out of school before completing primary school. Married at a young age to Rashida Sheikh, and soon a father, Abbas worked as a roadside tailor in Qaimoh. His real calling, though, lay elsewhere.

Abbas’ family had impeccable jihadist credentials: Ibrahim Sheikh, Abbas’ oldest brother, had been killed in 1996 while serving with the Hizb-ul-Mujahideen, while another brother, Ibrahim Sheikh, would die ten years later while fighting in the Lashkar-e-Taiba. Naseema Banu, Abbas’ oldest sister, had a son, Asif Sheikh, who was killed in 2008; Tauseef Sheikh, another sister, Naseema Banu, also joined the Lashkar.

From 2004 on, Abbas served multiple preventive-detention terms in prison—including for murder and kidnapping—but was never successfully prosecuted for a crime. “For him,” a police officer familiar with the case says, “prison served as a kind of school, where he learned jihadist ideology and developed a network of trusted associates.”

Abbas played a key role in helping the Lashkar’s Sajid to embed himself in the community. Sajid’s relationship with Shabbira Kuchay—at 21, relatively old to be unmarried, in the context of her peasant community—may well have developed as a consequence of the growth of the Lashkar’s integration into the south Kashmir population.

Left in the care of a distantly related family after the death of her own, Shabbira’s step-father, Abdul Salaam had been unable—or unwilling—to fund a respectable match. Abbas helped solve this problem, at once tying the family into the Lashkar by kinship.

Early in 2007, now pregnant, Shabbira moved to Yaripora, where Abbas had arranged a safe house for her to live with her new husband. The arrangement was, however, betrayed to the police. Later that year, Sajid and Shabbira fled first to Nepal, and then made their way to Pakistan, back to his home near Lahore. They left behind a 15-day old child.

In 2016, nine-year-old Umar Raja Afaq would visit his father and mother for the first, and last time, living for some months at Sajid’s family-owned dairy farm in Changa Manga. Alienated, perhaps, by his biological parents’ Punjabi-speaking milieu, and new siblings he could not relate to, the child came back to south Kashmir, and now studies in school.

Across Kashmir, Lashkar jihad commanders like Sajid laid the foundations for Islamist mass-mobilisation. In 2006, protestors targeted an alleged Srinagar sex-work ring, claiming it had been being propped up by the Indian military. Then, the next year, the rape and murder of a Kashmir teenager provided Islamists to campaign against migrant workers, alleging they were part of an Indian plot to bring demographic change. Early in 2008, an Anantnag schoolteacher was also attacked after a video of a group of his students dancing to pop music was circulated.

In 2008, these mobilisations exploded, after the grant of land-use rights to the Amarnath shrine.  Islamist patriarch Syed Ali Shah Geelani claimed there was a conspiracy to settle Hindus in the region. “I caution my nation,” he warned, “that if we don’t wake up in time, India and its stooges will succeed and we will be displaced.”

Abbas, police records show, played a key role in organising street battles between mobs and police—in 2010 even burning down government offices in Qaimoh. As in the past, he went to prison, only to re-emerge each time with an expanded circle of contacts.

Locked in intense political competition, the governments of chief minister Omar Abdullah and then Mehbooba Mufti proved unwilling to take on the Islamists, staying fearful of alienating the religious right’s supporters in southern Kashmir.

Even though Sajid had fled Kashmir, his successors grew into cult figures, operating unchallenged in rural areas. The burial of Bahawalpur-born Abdul Rehman, also known as Abu Qasim, drew tens of thousands; two villages fought pitched battles for the honour of burying him. His successor, Abu Dujanah—like Sajid, married to a local woman, Rukayyah Dar—appeared at the 2016 funeral of jihadist social-media icon, Burhan Wani, to the kind of hysterical applause normally reserved for Bollywood stars.

Following Burhan’s funeral, a popular insurrection broke out across southern Kashmir, sweeping aside the Indian state. It wasn’t until 2018 that order was restored. Then, in 2019, came the Jaish-e-Muhammad attack in Pulwama, an effort by jihadists to seize back the initiative—which India responded to by abrogating Kashmir’s constitutional status.

Even as rumours circulated that India would respond to Pulwama with genocidal violence, jihadist commanders prepared themselves to address these new circumstances. “Remember, if anything happens to Kashmiris living outside Kashmir,” Hizb operations chief Riyaz Naikoo warned, “we will kill non-local labourers living in the Valley.” In the following weeks, labourers and truck drivers were killed, sparking off a massive exodus from the Valley.

Abbas, eventually shot dead by police this August, is believed by investigators to have played a key role in stitching together the networks that, for the past several months, have assassinated off-duty police officers, members of the religious minorities and political opponents.  “We believe the recent killings in Srinagar,” one intelligence official said, “have most likely been carried out by a small circle of recruits from the Kulgam and Yaripora areas, with some support from sympathisers in the city.”

Local factors may have also played a role in the selection of targets. In Srinagar, for example, recruits to the TRF have assassinated two members of a street gang calling itself 16Gujjar—made up, despite its name, mainly of ethnic Kashmiris—in a bid to gain community legitimacy and project power.

The cells used a variety of names on social media—the TRF and the Peoples’ Anti-Fascist Front among them—to disguise their genesis and connections, Indian intelligence officials believe but were in essence the well-established Lashkar networks that emerged after 2003.

“Almost all the jihadists have been recruited in prison,” one police officer said, “during spells of incarceration for offences like participating in stone-pelting mobs. Locking people might seem to the government like solving the problem, but it’s also giving the jihadists a great tool.”

Luck helped Sajid’s efforts. Late in June—long before the Taliban captured Kabul—a Lashkar group successfully crossed the Line of Control, and established itself in the Surankote area, helped by the relocation of numbers of Indian troops to deal with the crisis along the border with China in eastern Ladakh.

The terrorist group, police believe, chanced on the five soldiers it killed in Chamrer, who had become separated from the rest of their patrol and taken shelter in an abandoned stone hut to shelter from unexpected bad weather. The soldiers are thought to have been taken by surprise, statements from nearby villagers suggest and killed at point-blank range.

In Kashmir’s cities, similarly, circumstances facilitated Abbas’ cells. The leadership of the police has been one key issue, with officers complaining of bureaucratic obstruction; Srinagar’s élite Special Operations Group unit, for example, was without a chief for five months, until last week’s terrorist attacks. Terrorists have also been adroit in evading policing tools. The COVID-19 crisis, and masking, have largely defeated closed-circuit camera surveillance in Srinagar, and jihadists have learned to evade electronic eavesdropping.

For the Lashkar and its allies, the terror campaign offers the hope of keeping the jihadist movement in Kashmir alive. The mutually reinforcing, high-pitched media campaigns each incident of violence generates among both Kashmiri Islamists and Hindu nationalists help this project along, allowing the jihadists to project themselves as defenders of the faith against a predatory, genocidal India.

The lesson from Sajid Jatt’s long war against India is a simple one: proclamations of victory in Kashmir are a perilous enterprise. Even though data gives little reason to bear out panicked claims that the rise of the Taliban will lead to an explosion of violence, jihadist networks have proved they are resilient against pressure and persistent in their efforts. The end of the state’s special constitutional status was claimed to have ushered in a new Kashmir; the challenges it faces, though, are familiar, old ones.