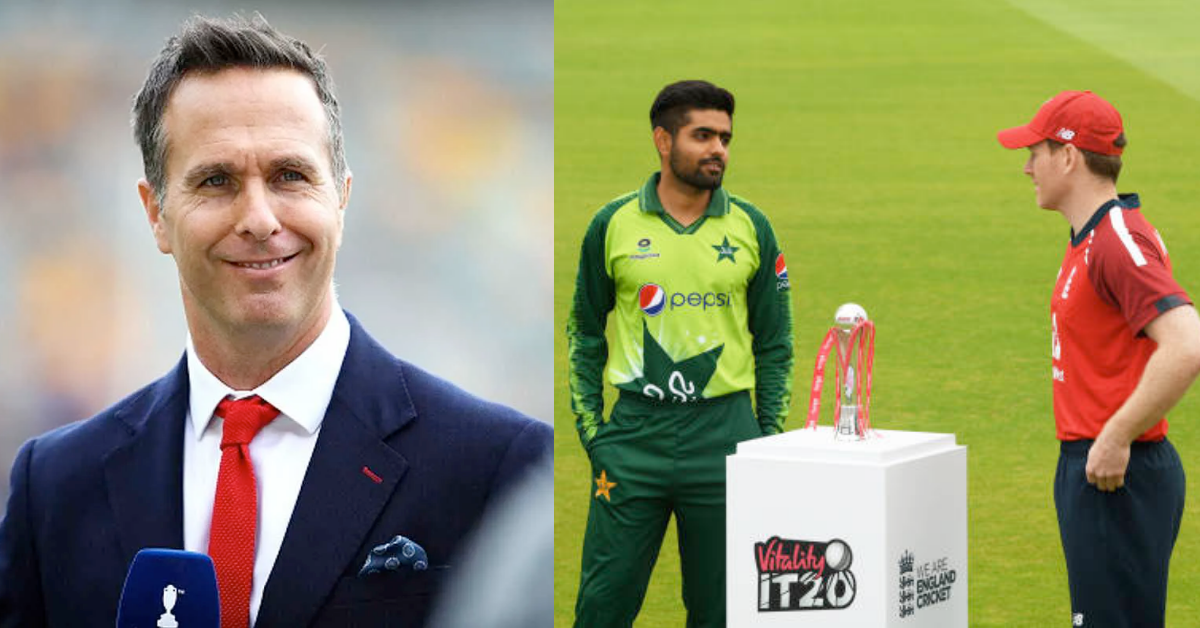 Former England captain Michael Vaughan has stated that Babar Azam-led Pakistan and Eoin Morgan-led England have looked a class above the rest of the teams in the ICC Men’s T20 World Cup 2021.

Babar Azam and co. are having an outstanding run in the T20 World Cup 2021, they have won the first two games of the mega event. For the very first time, Pakistan were able to defeat India in a World Cup encounter, the Babar Azam-led side completely outperformed Virat Kohli-led India and won the one-sided match by 10 wickets.

Meanwhile, in the second game against New Zealand, Pakistan won the match by 5 wickets and 8 balls remaining. Both the games saw different Pakistan players step up the game and deliver the match-winning performance.

England on the other hand thrashed West Indies in the Super12s opener, bowling out the strong batting unit of Kieron Pollard and co. at the score of 55. In the second match against Bangladesh, the English bowlers did an outstanding job by restricting Bangladesh to the score of 124. Chasing the target batters looked very comfortable and they played aggressive cricket.

Looking at the dominating performance of team England in the match against Bangladesh, the former England captain on Twitter wrote:

“England & Pakistan so far look a class above the Rest in this #T20WorldCup2021 !! Early days but they will be both take some stopping”

England & Pakistan so far look a class above the Rest in this #T20WorldCup2021 !! Early days but they will be both take some stopping …

Also Read: T20 World Cup 2021: Kane Williamson Feels Pakistan Were Not Aggressive Despite Their Pull Out, Reckons They Played In The “Right Spirit”