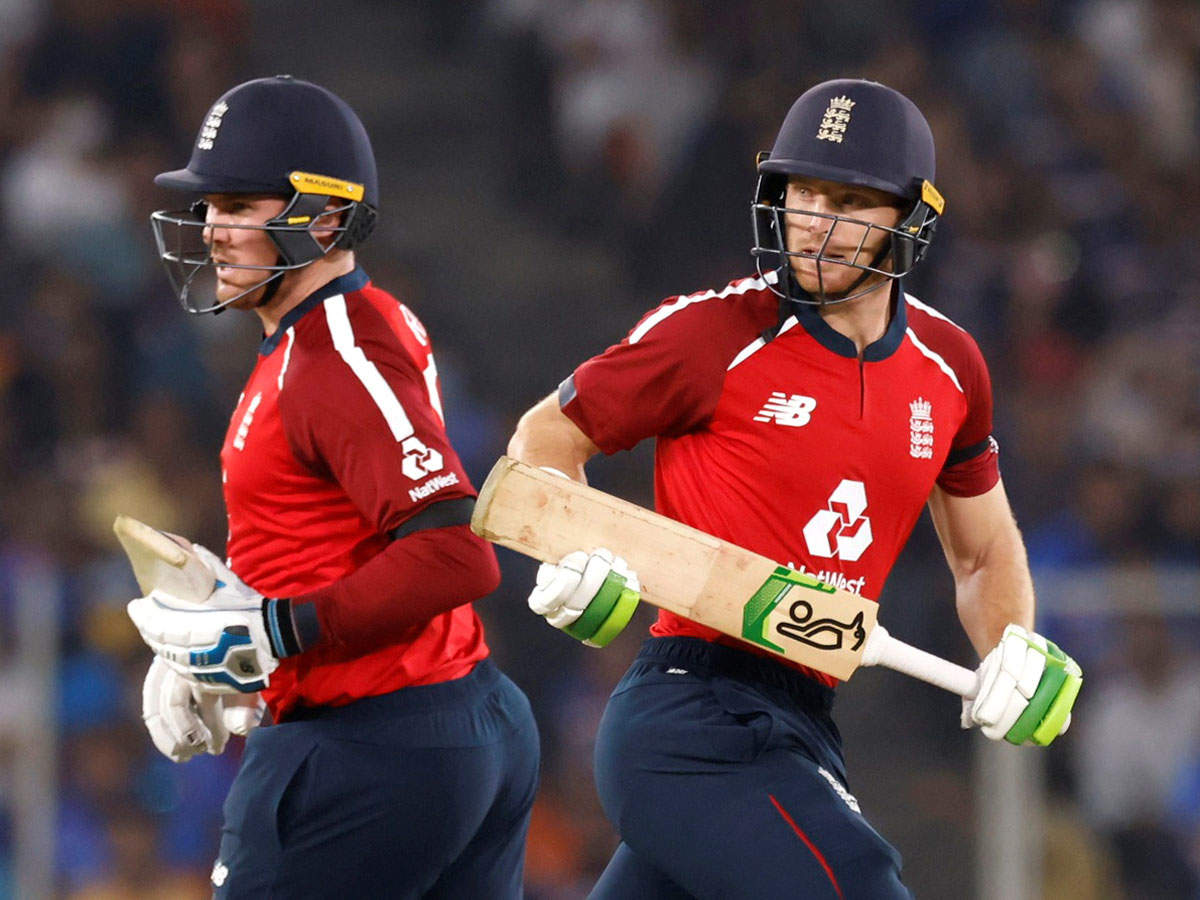 Despite the absence of some of their key players in the squad, England so far have played exceedingly well in the tournament. Two wins in two matches have helped them reach the top of the Group 1 table. England began their campaign with a 6-wicket win and followed it up with an 8-wicket win over Bangladesh.

Ahead of the third game of the Super 12 stage against Australia, England would look to continue the winning momentum and strengthen their case for the semi-finals. Here’s a look at England’s predicted playing XI for the big game.

Both the batsmen showed why they are rated so highly in T20 cricket, though in different games. Jos Buttler’s unbeaten 24 helped the team chase down the 55-run score against West Indies.

The next game against Sri Lanka saw Jason Roy play a blistering 61-run knock off just 38 balls, including 5 four and 3 sixes. The duo should continue to open the batting against Australia on Saturday.

Dawid Malan played a handy 25-ball 28-run knock in the last game. He stayed unbeaten and guided the side home in 14.1 overs.

He should continue to bat at three, while Bairstow should come at four. Eoin Morgan didn’t get the opportunity to bat in the last game. He played an unbeaten 7-run knock off 7 balls in the first game against West Indies.

Liam Livingstone might have not got the opportunity to showcase his batting exploits but has been doing a decent job with the ball. He bowled great lengths in the last game against Bangladesh, picking 2 for 15 in 3 overs.

Moeen Ali and Chris Woakes too have been brilliant with the ball. Moeen Ali has been used in the powerplay and the Englishman has delivered quite well. He sent both the openers back to the hut inside the power play in the last game against Bangladesh. He returned with figures of 2 for 18 in 3 matches.

Chris Jordan wasn’t used much in the last game. He bowled only two overs, while Adil Rashid had a rare failure with the bat. England have found a new gem in Tymal Mills.

So far, he has done a brilliant job, especially in the death overs. Mills has used his slower balls to great effect. He picked 3 for 27 in 4 overs in the last game against Bangladesh.