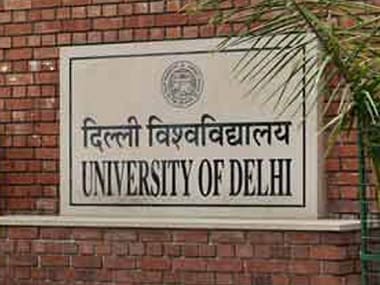 Delhi University (DU) will release a special cut-off list today, 25 October, for admission to its undergraduate programs. The special cut-off list is for those candidates who had the required cut-off marks to apply in the first three rounds, but did not take admission due to any reason. Candidates are advised to visit the official website http://www.du.ac.in/ for more information.

The last date of payment against special cut-off is until 5 pm on 29 October. The fourth cut-off list scheduled to be out on 30 October.

The varsity mentioned that those candidates who have obtained admission in the three cut-off lists cannot participate in the special cut-off. Only those applicants who have not been able to secure admission in the first three rounds are eligible to participate, adding that all students applying for the special cut-off should keep in mind that no movement of candidates is allowed in the process.

DU stated that the special cut-off list is the one which will be the last declared cut-off of the respective college or programme, according to NDTV. For example, if for a college A, the first cut-off for Bsc (H) math in a particular category was 98 percent, and the second and third cut-off lists were not declared by the college for that category, then the special category cut-off will be put out for BSc (H) math for that specific category for college A will be 98 percent, if vacant seats still remain.

Candidates need to keep in mind that during the special cut-off process, they can apply only for a single programme and college combination. The university will announce the release of fifth cut-off list on 8 November, only if seats still remain vacant.