Having made a mark as a well-known choreographer, Harsha is now equally popular as a director. However, the choreographer and director believe both offer entertainment but in different ways. “Whether as a choreographer or director, there is teaching involved. The only difference is the duration. While my choreography is presented in 4 minutes, the direction side takes about two-and-half hours,” says Harsha ahead of the release of his upcoming directorial, Bhajarangi 2, on October 29.

Harsha begins by clarifying that Bhajrangi 2 is not a sequel to Bhajarangi (2013), but is just using the name due to its popularity. “The genre might be the same, but individually, this film is fantasy-based. It’s only done with the name, and we have not brought forward the character from the first film. Having said that, the hero, who remained for the people in Bhajarangi will remain the same in this film too, but with a different concept,” explains the director.

Harsha says the Shivarajkumar-starrer wouldn’t have been possible without the team’s support. He begins by acknowledging the support of Shivanna and the production house Jayanna Films. “I consider music director Arjun Janya as the second hero of the film, and he has not only delivered a brilliant album but has done an exhilarating job with the background score too. A wonderful effort has gone into the visual effects by Elangovan and Subish of Jupiter Graphics, which will be another highlight of Bhajarangi 2,” says Harsha, who also mentions the makeup by Prakash, hairstyling by Raju, costume designers — Yogi G Raj and Ganesh,   and cinematographer J Swamy. for enhancing the film  “I was also happy to churn out some unique roles for actors like Shruthi, Bhavana, Loki and others, who got to attempt never-before characters in this film. As a director, I love when characters are recognised more than the artistes, which is rare, and I am glad it will happen with this film,” explains Harsha. 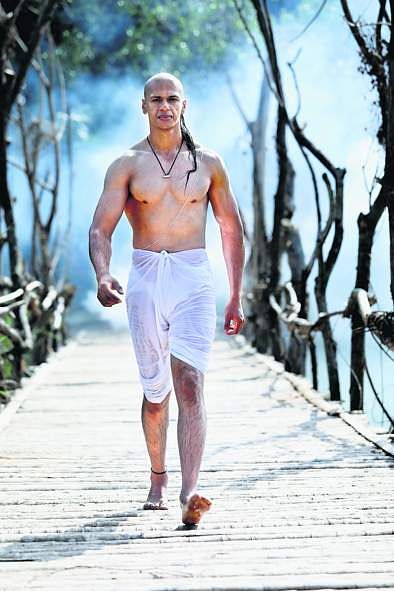 Also known for introducing new talents in his films, Harsha will be launching a few talents like Cheluvaraj, Prasanna, and Girish, in Bhajarangi 2. They come from a theatre background and will be going up against Shivanna in the film. “I feel happy to explore the hidden talent of various artistes,” says Harsha, adding, “I notice there are thousands of artistes, who just stand behind the heroes and villains. They can act, but are not recognised. I can understand them because once upon a time, I too was a background dancer standing behind and shaking a leg along with others. I have also spotted some people on roads, who I thought would do well and look good on screen, and have approached them immediately. But, they would get scared with my approach, and some people even felt that I was trapping them. All this is for the love for cinema,” he signs off.