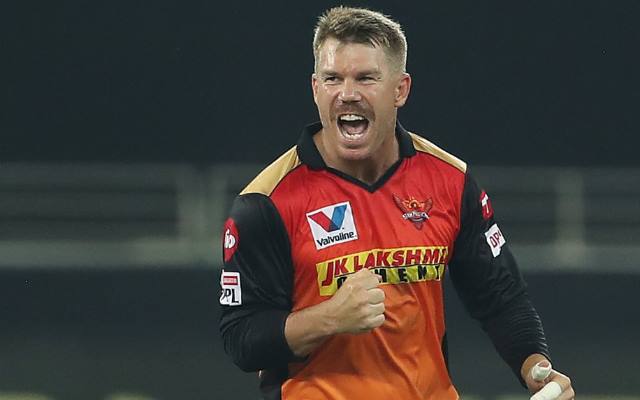 Former Sunrisers Hyderabad (SRH) captain David Warner has confirmed the end of his association with the franchise, with whom he won the Indian Premier League (IPL) title in 2016, mentioning that he will put his name in the mega auction for the IPL 2022 season.

David Warner has an abysmal outing in the IPL 2021 in both halves of the tournament. Though he did manage two half-centuries when the tournament was being played in India, his captaincy came under the hammer as SRH managed to win just one match out of seven they played in Chennai’s MA Chidambaram stadium.

Warner was replaced as captain midway into the first half of the tournament by New Zealand’s Kane Williamson and was even dropped from the playing XI altogether. Though Warner found himself in the mix of playing XI once the tournament moved to the United Arab Emirates (UAE) in September- October, he returned scores of 0 and 2 opening in place of Jonny Bairstow who had decided not to travel to UAE for the second leg.

This was the end of David Warner in IPL 2021 as after this, he was dropped from the XI and was not even called in the dugout, watching the remainder of matches from his hotel room or from the stands.

I Will Put My Name In The Auction: David Warner

The left-hander is the highest run-getter by far for the SRH franchise, who finished at the bottom of the points table in IPL 2021. Warner, who was stripped of the Sunrisers captaincy earlier in the season, said being left out of the squad for the final six games of the UAE leg of IPL 2021 was a “tough pill to swallow”.

He said he is still to get an explanation from Sunrisers Hyderabad for dropping him from the team.

Obviously, there are a lot of moving parts around there. What you have to do as a professional athlete is take it on the chin do everything you can for the team. Not being able to go there, run drinks, and be around was when it sort of hit home that it could be personal, and I’m still yet to get those answers,” Warner told a morning show on Australian radio station SEN, on Thursday.

“I will put my name in the auction. By the signs of the recent IPL, I won’t be retained by the Sunrisers, so I’m looking forward to a fresh start,” he said.

The IPL 2022 will have two new franchises taking part in the auction and the eyes of officials of both the teams will be on Warner, given that he is a terrific opener and able captain.

Also Read: T20 World Cup 2021: Hardik Pandya ‘Almost There’ In Giving The Captain An Option As A Bowler – Reports