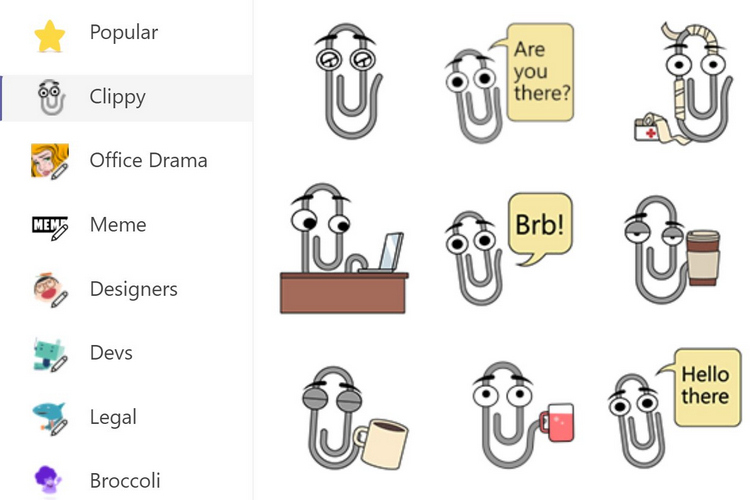 Microsoft has brought back the beloved Clippy assistant as a sticker pack on Microsoft Teams. Clippy’s resurrection comes two weeks after a user requested to bring back a Clippy sticker pack on the company’s feedback portal.

Clippy sticker pack includes over 30 animated stickers that you can use in DMs and channels. You can take a look at Clippy stickers below:

As OnMSFT reports, Microsoft first released a Clippy sticker pack for Teams back in 2019. However, it didn’t last long and Microsoft ended up taking it down only a day later. “Clippy has been trying to get his job back since 2001, and his brief appearance on GitHub was another attempt. While we appreciate the effort, we have no plans to bring Clippy to Teams,” a Microsoft spokesperson told The Verge at the time.

Speaking of Clippy, this is not the first time Microsoft has used Clippy in one of its core products. After releasing Clippy wallpapers, the company announced the availability of Clippy in Office apps earlier this year. Furthermore, you even get a Clippy emoji on Windows 11, albeit in 2D form as Windows 11 won’t have 3D emojis.

Considering how Microsoft has embraced the Clippy avatar lately, one would hope that the world’s most valuable company is planning to retain Clippy going forward. How do you feel about Microsoft suddenly embracing Clippy across its products and services? Let us know in the comments section below.