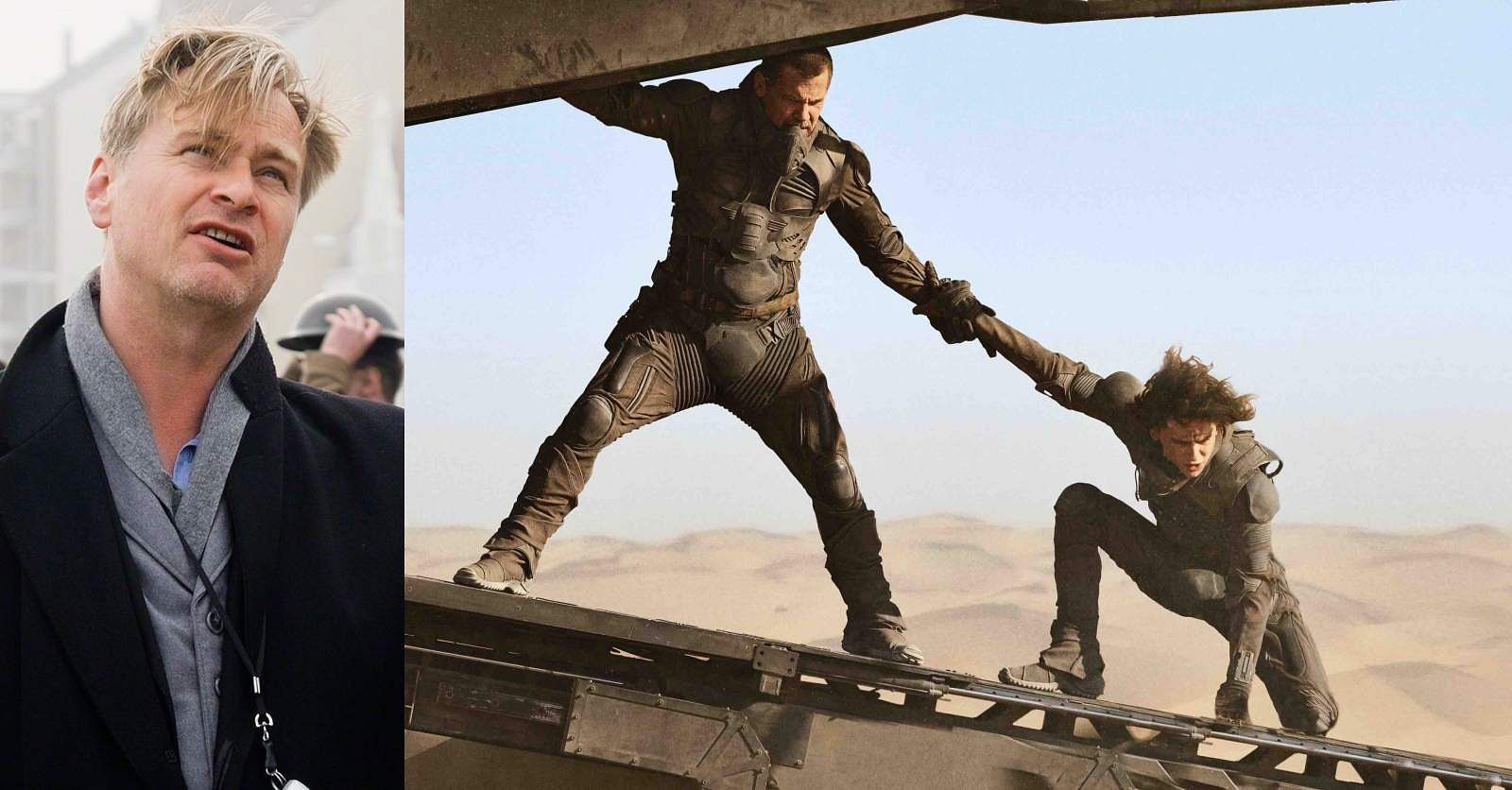 During the 30-minute conversation, now available on The Director’s Cut podcast, the Inception filmmaker said, “It’s one of the most seamless marriages of live-action photography and computer-generated visual effects that I’ve seen. It’s very, very compelling at every turn.”

Praising Villeneuve for the film’s visual flair and adapting a novel that was once considered impossible to translate onto the screen, Nolan added, “Your entire team did an absolute incredible job. I think this film is going to introduce a whole new generation of fans to Dune who have never read the book or encourage fans to go read the book.”

In the conversation, Villeneuve shared the travails the team underwent during filming in Jordan. He added that the team stayed in a town that’s integral to the story of Lawrence of Arabia, sharing that the team filmed for over 105 days. “The Gods of cinema were with us,” Villeneuve wittily remarked while speaking the weather conditions during the shooting.  The filmmaker also acknowledged the links between the story of Dune and Lawrence of Arabia, and speaking of his vision of the film, Villeneuve said, “I wanted to please the teenager in me.”

Nolan, who has always been a vocal advocate for the big screen experience, said, “I think it’s an incredible piece of work. I’ve had the luxury of seeing it a couple of times now, and each time I watch it I discover new things, new details to the world. The way in which it’s made is for the big screen. It’s a real pleasure and a real gift to film fans everywhere.”

Dune was released in North America and other territories last week and has made over $220 million worldwide so far. The film features a massive star cast including Timothée Chalamet, Rebecca Ferguson, Oscar Isaac, Josh Brolin, Zendaya, Jason Momoa, and Javier Bardem, to name a few.

The second part is highly anticipated among the fans of the book and film, but Warner Bros, the studio that distributed the film, is yet to announce a sequel.