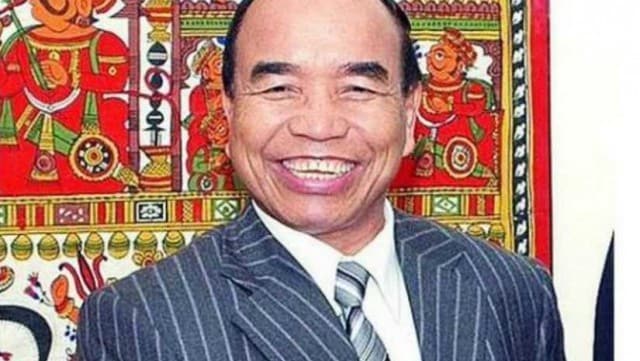 Even as Mizoram chief minister Zoramthanga wrote to Union Home Minister Amit Shah, requesting for the appointment of a Mizo-speaking bureaucrat, the Centre has appointed Renu Sharma as the new chief secretary of Mizoram.

Union Home Secretary Ajay Kumar Bhalla on Tuesday talked to Zoramthanga on the issue over the phone from Delhi and has apparently refused to change Sharma’s deputation, a senior CMO official told PTI, refusing to disclose details.

“After the retirement of my Chief Secretary Lalnunmawia Chuaugo of Gujarat Cadre, I requested my present Additional Chief Secretary JC Ramthanga (Manipur Cadre) to be the next Chief Secretary. However, the Home Ministry has posted Mrs Renu Sharma as the new Chief Secretary,” the Chief Minister had said in the letter dated 29 October 29, as quoted by NDTV.

“The Mizo people, by and large, do not understand Hindi, and none of my Cabinet Ministers understands Hindi, some of them even have problems with the English language. With such a background, a Chief Secretary without the knowledge of a working standard Mizo language will never be an effective and efficient Chief Secretary,” the Chief Minister had said in his letter.

He had also pointed out in his letter that he had been a ‘faithful partner’ of the NDA in the northeast. “I, therefore, believe I deserve a special favour and consideration for this faithful friendship with the NDA,” he wrote, adding that if Centre neglected his wishes he would be mocked by Congress and other opposition parties for remaining with the NDA.

The ruling Mizo National Front (MNF) headed by Zoramthanga is a constituent member of BJP-led North East Democratic Alliance (NEDA) and tied up with the NDA. The party, however, does not work with the BJP in the state, which has one MLA in the 40-member assembly.

A source close to the Chief Minister said that such requests were “routine practice”. “It is not that the Mizoram government does not want an outsider. We welcome it but the Chief Secretary personally assists the Chief Minister in several matters and it is much simpler if they know the language,” a source close to the chief minister told The Indian Express, adding that they had “expected” the Centre to “pay heed to the request”

“Usually, the Centre respects the suggestions made by the state government, provided the suggested Chief Secretary is qualified. Pu Ramthanga is highly qualified and is nearing retirement. So we do not understand why they did not listen to us,” he said.

Arunachal Pradesh-Goa-Mizoram and Union Territory (AGMUT) cadre Renu Sharma was asked by the Centre to take charge from 1 November. On the same day, the Mizoram government-appointed Manipur cadre IAS officer JC Ramthanga, who is currently posted as additional chief secretary to the chief minister, as the chief secretary. However, Sharma assumed office on 2 November, the official said.