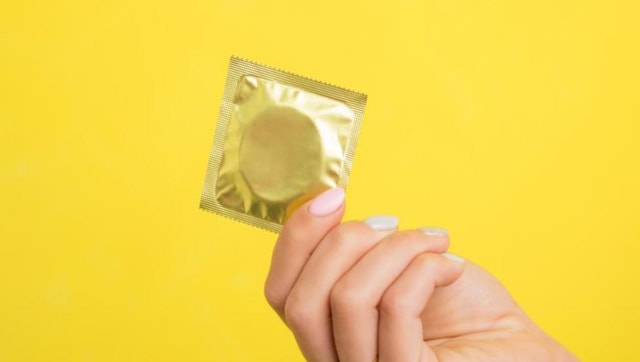 In the United States, the fight against this long-taboo practice is gaining momentum, marked by a major victory in early October when California became the first US state to pass a law banning the act

“At that moment, my heart kind of sank,” said Brooke, whose name has been changed for her privacy.

The 2020 incident left her anxious and depressed, worried she might become pregnant or contract a sexually transmitted infection.

But most of all, she wondered: had she been assaulted?

“Stealthing,” a fairly new term, is when someone removes a condom during sex without the consent of their partner.

In the United States, the fight against this long-taboo practice is gaining momentum, marked by a major victory in early October when California became the first US state to pass a law banning the act.

Brooke, who was 28 at the time and a student in Tennessee, “felt like I was responding to how I would have responded to a rape.”

But she found contradicting information online, she said, “until I finally learned that I could call it a form of assault.”

The experience has had long-term effects on her well-being. She felt “very panicky, very stressed” during sex and would check “constantly” to make sure the condom was still on.

But “being able to articulate it as a form of assault,” she told AFP, “helps you to process that and come to terms and understand that it’s not the victim’s fault.”

US elected officials are fighting to make stealthing clearly prohibited by law, which would let victims file complaints more easily.

Among such representatives is Cristina Garcia, who proposed the California bill in the wake of her own experiences.

“Men have tried, and I’ve caught them in the act of stealthing,” she explained.

“I was lucky to be able to catch them and stop them. Some women haven’t been that lucky.”

When she realized how “prevalent” stealthing is, discovering online communities that encourage each other and give advice on how to trick sexual partners, Garcia was convinced a law against it was vital.

She first pushed such legislation in 2017.

Officials elsewhere in the nation have tried to pass similar bills — to no avail.

For Melissa Agard, a Democratic politician in Wisconsin who proposed an anti-stealthing bill in 2017, the fact that legislative officials are most often men makes them more likely to “brush it off.”

“I think it’s difficult for them to hear these conversations, and it makes them uncomfortable,” she told AFP.

Garcia highlighted the role of British television series “I May Destroy You,” released in 2020, in helping the general public “understand and believe the trauma” behind stealthing and making the issue “a little more mainstream.”

In one of the few portrayals of the issue in popular culture, the show’s main character Arabella, played by show creator Michaela Coel, is the victim of stealthing.

Despite significant risks to much of the population little research on the topic exists, making it difficult to say how extensive the problem is.

A study published in the United States in 2019 said 12 percent of those surveyed, a group of women ages 21-30, have been victims of stealthing.

For Carolyn Maloney — a member of the House of Representatives who advocates for a national anti-stealthing law, federal action must begin with “fact-finding and data gathering” in order to show Congress members “the dangers and prevalence of stealthing.”

Stealthing may already meet the definition of sexual assault in some states where force is not a requisite to convict assault, according to law professor Sherry Colb.

If someone consented to “something different from what is happening,” the Cornell University professor said “it’s like if somebody consents to a flu shot with a sterile needle and at the last second, the doctor switches it out for a shot with a really dirty needle.”

Colb welcomes the existence of laws punishing stealthing but is not sure how effective they will be, especially since those accused might say “the condom flipped off, or she agreed for him to take it off.”

She also worries a jury, due to “very sexist thinking,” would give less credit to the victim’s testimony because they had initially consented to sex.