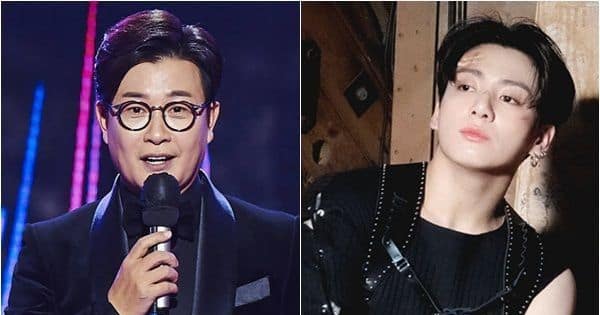 Sometimes life gives you a chance to bring out the hero inside you and BTS’ Jungkook played that role with brilliance too. In 2016, Jungkook saved South Korean television host Kim Sung-joo’s life when he fell off the DMC Festival stage just right before the BTS were supposed to perform. Also Read – BTS: Kim Taehyung aka V’s BFF Peakboy gives an update on their next collaboration Purple Color and we can’t keep calm

In 2016, the Bangton Boys composed of Jin, Suga, J-Hope, RM, Jimin, V, and Jungkook were getting ready to set the foot on the stage. To enter the stage, they were supposed to go through the below-stage lift. Also Read – BTS V CUTELY convinced Jungkook to cook breakfast for him in the latest episode of BTS in the Soop 2; TaeKook stans be ready to melt!

According to a report in Koreaboo, Kim Sung-joo while speaking during an episode of Visiting Teacher in 2018, had recalled the incident. “I was walking backwards and I just fell inside the lift. I fell inside the lift but fell on top of someone. Jungkook was right there. Jungkook actually saved my life once. I almost died,” he said on the show adding that he thanks Jungkook for his heroic act every time he meets them. Also Read – 5 times BTS member Jungkook serenaded ARMY with stunning cover versions

Kim Seongjoo: Jungkook once saved my life. I say thank you to him everytime i see BTS #BTS #jungkook #방탄소년단 pic.twitter.com/GG6xLFGQvC

Meanwhile, Jungkook has added another feather to his cap when he was recently named as the ‘Top Model Idol’ after grabbing the top spot on the ‘Forbes Korea Model Idol’ list. The magazine complimented Jungkook for his various skills of being the ‘main vocalist, lead dancer, and sub rapper of BTS.

Recently, Jungkook surprised BTS ARMY by dropping his version of Harry Styles’ song Falling and fans couldn’t keep calm. For the unversed, the original song is a part of the English singer’s album, Fine Line which was released in 2019. Jungkook’s version, which was recently released, has got over 9 million views already. The song surprised not just the ARMY but Jungkook’s own teammate J-Hope as well.