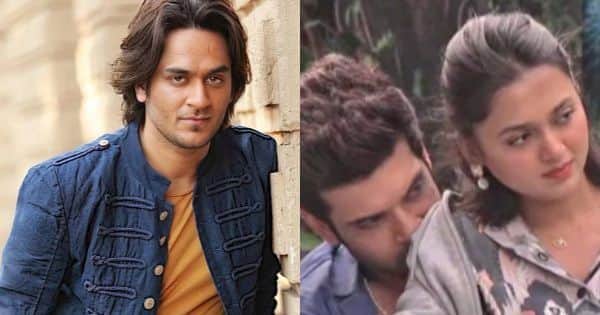 Bigg Boss 15 is turning out to be a flop show. One of the main reasons behind the same is the absolute lack of genuine relationships. The only equations that have respect from the general audience is that of Nishant Bhat – Pratik Sehajpal, Umar Riaz – Afsana Khan and Rajiv Adatia – Afsana Khan. The others seem to be big on back-biting and bitching. In fact, the bitching sessions of this season are far higher than many other seasons. Yesterday, a rather deplorable video was doing the rounds where Vishal Kotian was talking about Shamita Shetty and her family. He was not alone. Karan Kundrra, Tejasswi Prakash and Nishant Bhat were laughing a lot at his jokes. Also Read – Bigg Boss 15: Neha Bhasin slams Shamita Shetty for crossing her limits; says ‘I’m not Karan or Raqesh to stand by this rude behaviour’

In the video, we can hear a mention of Raj Kundra. The worst part is that Vishal Kotian says that Raqesh Bapat ne lamba haath mara hai to date the sister of Shilpa Shetty. As we know, the implication of this line is very derogatory. Raqesh Bapat has done enough work in his life to earn his own identity. Vikas Gupta said that the show brings out the worst in people but one should not lose basic sense of what is right or wrong. Also Read – Bigg Boss 15: Parag Tyagi slams Shamita Shetty for demeaning Afsana Khan; says, ‘Please don’t forget you don’t come from high society’

I m dissapointed with people I want to see in the finale week #KaranKundra #TejasswiPrakash #UmarRiaz for laughing & not shutting up #VishalKotian on making fun of #ShamitaShetty & her family. Yes #BiggBoss house plays with Ur mind but the game is to not forget Right & Wrong #VG

He also told fans to show love and support to Rajiv Adatia. He said the guy might not be a celeb but he surely has his heart at the right place. Also Read – Bigg Boss 15: Fans bash makers for expelling Afsana Khan; trend WE WANT AFSANA BACK on Twitter

Pls vote for #RajivAdatia He aint a celebrity He seems genuine & deserves more time #JayBhanushali #PratikSehajpal gave 100 percent in the task inspite of the odds. ? to see #AfsanaKhan but what’s worse is the ones partly responsible don’t even realise their fault #BiggBoss15

Vikas Gupta has been a part of Bigg Boss 11, Bigg Boss 13 and the previous season too. His stint in the last season was an unfortunate one. The TV producer is now back with his project and is immersed in work.