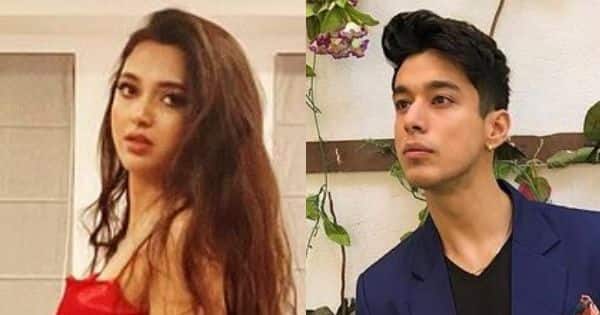 Today, we saw the first big kitchen fight of Bigg Boss 15. The kitchen is the hub of all activities in the Bigg Boss 15 house. Everyone today pointed fingers at Tejasswi Prakash because the lunch happened late. They told her that she had gone outside when it was her duty time to cook lunch. While Nishant Bhat and Tejasswi Prakash are part of the cooking team, there are two people for rationing. Pratik Sehajpal and Akasa Singh are doing the rationing of food items. They also began rationing the portions of food. This was not liked by many members who have a certain appetite. Also Read – Bigg Boss 15, Day 28, Live Updates: Ieshaan Sehgaal tells Miesha Iyer not to compare him to her ex-boyfriends

Pratik Sehajpal burst out at Tejasswi Prakash for delaying the cooking. He said he is hungry. She was not going to let him get away. The actress reminded him that he did not do chopping duty on time for the whole house. This is how people reacted to their spat on social media. Take a look at the tweets…. Also Read – Trending Entertainment News Today: Shah Rukh Khan’s Mannat decked up for Aryan Khan’s homecoming; Salman Khan to make Katrina Kaif reveal her wedding plans with Vicky Kaushal and more

Please that’s not dumb it’s a silly mistake and things like this happen in the kitchen… Maybe people would understand of they have ever been in the kitchen ?? #Tejasswiprakash #bb15 #BiggBoss15

We can see that people feel that Tejasswi Prakash is right in fighting for herself. Pratik Sehajpal is also guilt of over-exaggerating matters inside the house. Now, we have to see what happens in weekend ka vaar. Also Read – Bigg Boss 15: Anusha Dandekar puts up cryptic posts after Karan Kundrra talks about their split inside the house