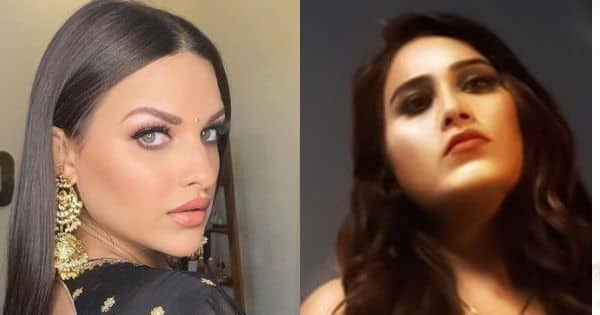 Bigg Boss 15 saw the exit of Afsana Khan. The Punjabi singer who has delivered hits like Bazaar and Titliaan had a panic attack. This happened after the VIP task where she felt betrayed by Umar Riaz who said he took a decision from the game perspective. Afsana Khan actually lost her cool after the Bigg Boss shopping task where Shamita Shetty decided to get her out of the game. Afsana Khan will be seen having a huge spat with her which will lead to her exit from Salman Khan’s show. It seems she picked up a kitchen knife and was ready to harm herself which scared everyone. Also Read – Bigg Boss 15: Do you think Umar Riaz is only following Karan Kundrra’s advice? Vote Now

She is not the first one to make a comment in favour of Afsana Khan. Himanshi Khurana featured along with Yuvraj Hans in the superhit song of Afsana Khan, Bazaar. It is a brilliant track. Even Rashami Desai came out in support of Afsana Khan after this ordeal. Many are hoping that she gets medical attention and is back to Salman Khan’s show. Also Read – Bigg Boss 15, Day 40, Live Updates: Karan Kundrra, Tejasswi Prakash, Nishant Bhat and Umar Riaz enter the VIP zone