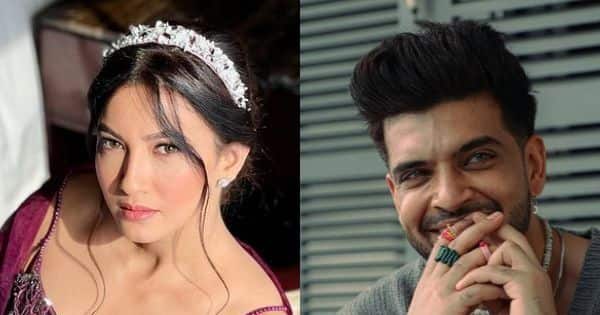 Bigg Boss 15 is pretty competitive season by the looks of it. But one thing fans are complaining about is the physical violence in the season. The tasks are looking like WWE matches. Yesterday, Karan Kundrra did a choke slam move on Pratik Sehajpal nearly throwing him to the ground. Fans of Pratik Sehajpal and many neutrals were aghast after seeing this. Surprisingly, Bigg Boss did not school Karan Kundrra either. After the note task, it is Karan Kundrra and Tejasswi Prakash got entry inside the main house. Gauahar Khan has taken to Twitter slamming this decision of Bigg Boss. She said that forget a warning, Karan Kundrra was given an upgrade after what he did. Check out her tweet… Also Read – Bigg Boss 15: Do you feel that Jay Bhanushali was being stupid in his stand over the prize money? Vote Now

Pratik Sehajpal spoke about this to Nishant Bhat saying that he expected an apology from Karan at least. The Roadies mentor said that he did nothing wrong, and he was sure that Pratik won’t be harmed. Nishant Bhat told everyone that he is upset seeing how people have corned Pratik Sehajpal. He is like everyone has a very hypocritical attitude towards him. He also started crying. Praising him, Gauahar Khan said that he is coming across as a humane person on the show. She said she is liking him more on Bigg Boss 15 than the OTT version. Also Read – Bigg Boss 15: Pratik Sehajpal fans trend ‘LONE WARRIOR PRATIK’ after he gets cornered by all housemates — read tweets

Gauahar Khan is known to be totally against violence on the show. Many people feel that she is one of the best players to ever grace the show. She is also an avid fan and commentator. Pratik Sehajpal seems to be making a better impression as the days go by. What do you feel about Gauahar Khan’s comments? Also Read – Bigg Boss 15, Day 19, Live Updates: Karan Kundrra tells Akasa that Pratik is being selfish