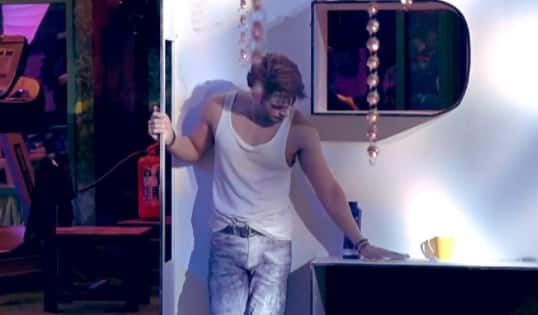 It is a shame that tasks in Bigg Boss 15 are turning out to be rather boring. Today’s torture task was a total yawn. Umar Riaz seemed to be in the mood for a tough challenge as he brought out all the ammunition to torture Rajiv Adatia and Nishant Bhat. Shamita Shetty was not in favour of his means. When he used ice she said he should not use anything that is liquid. Umar Riaz said that ice was not a liquid. This debate on liquid-solid led to Umar Riaz being told to sit out. It seems he had a heated fight with Shamita Shetty but it was not shown in great detail. Also Read – Bigg Boss 15, Day 26, Live Updates: Rajiv tells Miesha that Karan has poisoned Ieshaan’s ears

Fans are annoyed as they feel that Shamita is making her own rules. They said that only Umar Riaz looked interested in the task and she demotivated him. They have called Shamita Shetty on social media. Take a look at the tweets… Also Read – Bigg Boss: Shehnaaz Gill, Asim Riaz, Pratik Sehajpal — 7 contestants who became overnight sensations because of Salman Khan’s show

its clear tat SS is biased towards Rajeev & KK is biased for Teja
liquid is not allowed,semi solid is allowed

they r making their own rule#BB15

We can see that people are unhappy with how Shamita Shetty conducted the task. Umar Riaz is doing well and seem to be voicing his opinions. Let us see what happens in the coming episodes… Also Read – Bigg Boss 15: Fees earned by Tejasswi Prakash, Karan Kundrra, Jay Bhanushali and other contestants per week will make your eyes pop