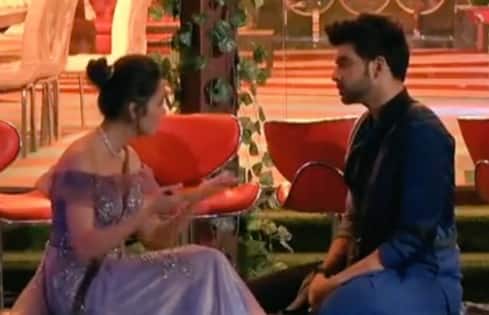 Bigg Boss 15 is making some noise because of the friendship between Karan Kundrra and Tejasswi Prakash. The two have become great friends. She is one who calms him down, while he makes her smile and how. Today, we saw some cute moments when he praised Tejasswi Prakash for her look. She had worn a gorgeous tube dress today with white heels. She told Karan Kundrra to praise her looks. It reminded fans of the banter between Sidharth Shukla and Shehnaaz Gill. However, Karan Kundrra was upset with her today. He was upset that she chose Vishal Kotian despite complaining about how much she despises him. Also Read – Bigg Boss 15: Fees earned by Tejasswi Prakash, Karan Kundrra, Jay Bhanushali and other contestants per week will make your eyes pop

Akasa Singh told him that there is a game, and Tejasswi Prakash seems to be clear about her priorities. In the coming episode, we will see her tell KK that she does not like his friendship with Shamita Shetty and Nishant Bhat. She says you can play a game by siding with the two parties simultaneously. Some fans feel that she is kind of spoiling his game. We are seeing that Karan Kundrra is already acting like a besotted guy. He keeps on pampering her all the time. Tomorrow, we might see him confessing that he is really affected by her. As we know, the biggest #TejRan shipper in the house is Akasa Singh. Also Read – Bigg Boss 15: Simba Nagpal springs a huge surprise in the voting trends