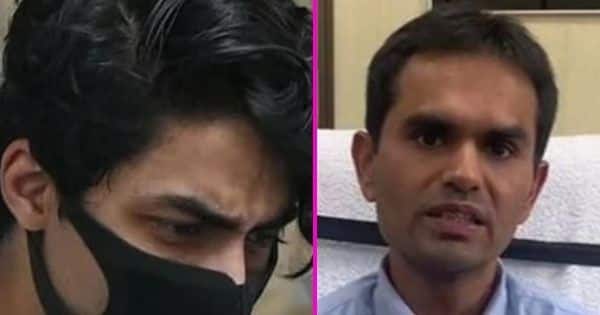 The Aryan Khan case took a new turn yesterday when Prabhakar Sail who claims to be a bodyguard of KP Gosavi, who is now untraceable alleged that he overheard a conversation between his employer and Sam D’Souza to the tune of Rs 18 crore. It seems the meeting happened inside a car. He has alleged that Pooja Dadlani who is the manager of Shah Rukh Khan was also present there. He has alleged that Kiran Gosavi said that Rs eight crore would have to be given to Sameer Wankhede, who is the Zonal Head of the Narcotics Control Bureau. Prabhakar Sail said that he personally delivered cash worth Rs 38 lakh to Sam D’Souza. Also Read – After mother’s birthday, Aryan Khan misses Shah Rukh Khan-Gauri Khan’s marriage anniversary; gets emotional inside jail

Not much is known about the identity of Sam D’Souza so far. After his explosive revelations came to the fore, the NDPS filed a couple of affadivits. They have said that he has already turned hostile. Now, Prabhakar Sail has reached the Mumbai Crime Branch to record his statement. Things are getting rather murky with this development. He will soon meet the Police Commissioner of Mumbai, Hemant Nagrale. In the mean time, Sanjay Raut has told channels that the whereabouts of KP Gosavi are known to members of the NCB. Also Read – 30 pictures of Shah Rukh Khan-Gauri Khan on their 30th wedding anniversary that sum up their beautiful journey

Aryan Khan’s bail hearing will come up on October 26, 2021. He has been lodged in the Arthur Road Jail. This alleged financial transaction seems to hint at extortion so everyone is closely tracking the developments. Aryan Khan was picked up on October 2, 2021 from the cruise-liner along with Arbaaz Merchant and Munmun Dhamecha. It seems Prabhakar Sail has demanded protection from Maharashtra Government. Also Read – Aryan Khan drugs case: ‘Sameer Wankhede must resign,’ says Hansal Mehta