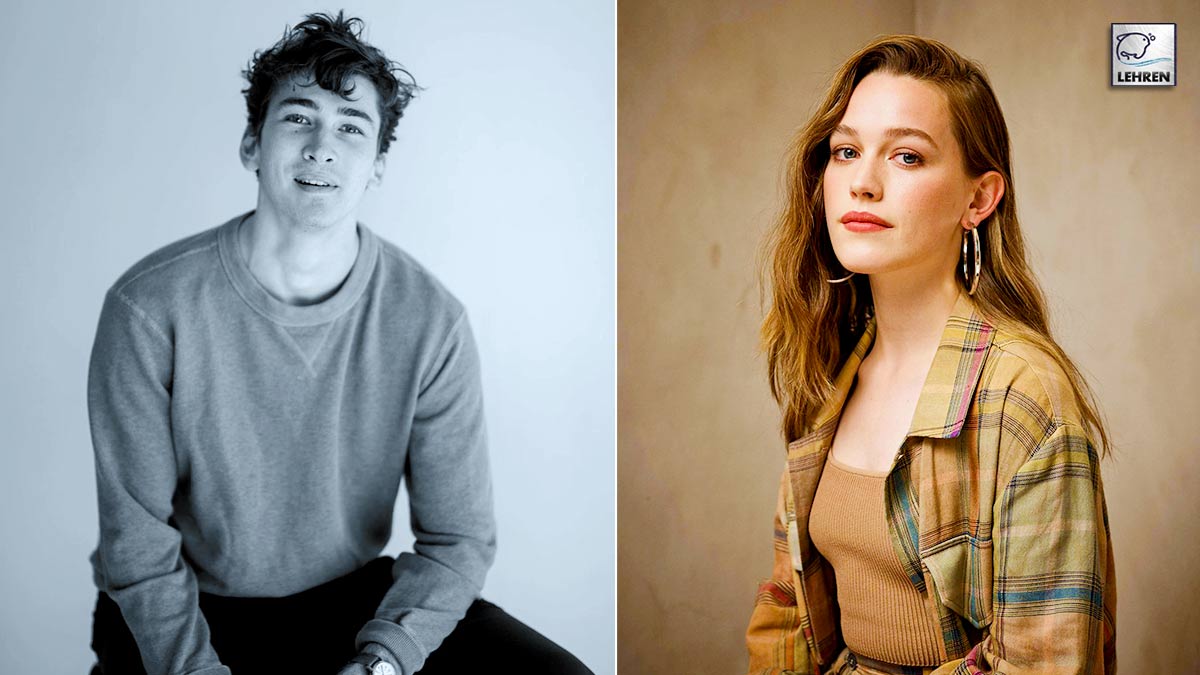 You stars Victoria Pedretti and Dylan Arnold have been snapped out amid reports they are dating. The actress, 26, and her co-star, 27, swirled the speculation while spotted out together on two separate occasions over the weekend.

The happy couple were spotted with their hands full during a shopping trip on Friday, followed by a second outing on Sunday. Even with face masks on, there was no hiding the happiness on their faces as they spent some quality time together off the set of their Netflix show.

Victoria stunned in a flannel blazer, Dodgers T-shirt, and billowing grey trousers as she followed her co-star outside with an iced coffee and jug of liquid laundry detergent in her hands. She also had a black tote on her arm and shielded her eyes underneath a navy baseball cap. Both Victoria and her rumored boyfriend were wearing black face masks as they ventured out into the world.

Meanwhile, Dylan did most of the heavy lifting with his arms loaded with a bag of groceries. You star donned navy slacks and a loose lip-print T-shirt tucked into his bottoms. Although, their hands are full, the couple seemed to be having a good time with Dylan’s happiness evident as he talked with the beauty. The pair eventually made their way back to their car as they prepared to unload their belongings.

However, Victoria and Dylan were also spotted on Sunday, where they appeared to be entering and leaving the same house together. Dylan carried several pink toothbrushes as Victoria followed him upstairs, looking fashionable in a polka dot top and black jacket. News of the rumored love interest will certainly amuse You fans. The possible couple plays love interests in season three of the series.

According to Daily Mail, a source claims that Victoria and Dylan have been together for ‘about a few months.’ “Victoria Pedretti and her You co-star, Dylan Arnold, are dating and have been for about a few months,” a source told Entertainment Tonight.

For unversed, Victoria plays Joe’s wife Love Quinn, who enters into a relationship with teenage college student Theo Engler, played by Dylan. Season three of You debuted on Netflix last month and shows Penn Badgley’s murderous stalker Joe attempting to adjust to a slower pace in the suburbs after starting a family with Love. But her own killer instincts threaten to make it a less-than-ideal marriage.