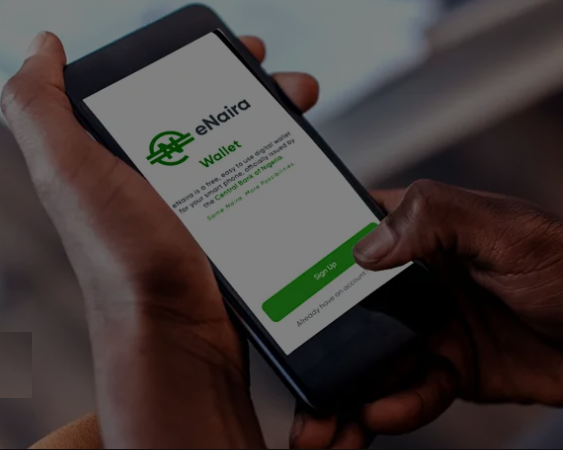 Following the official launch of the enaira application by President Muhamadu Buhari on Monday, 25 October, the Central Bank of Nigeria (CBN) has released a series of useful information for interested users.

Find out important facts about what the digital currency entails, according to the apex bank itself.

The enaira is a CBN digital currency (CBDC) issued by the CBN as a legal tender. It is the digital form of the naira and will be used just like cash

What is an eNaira wallet?

Is eNaira a cryptocurrency?

The eNaira is a unit of account, store of value, and medium of exchange, cryptocurrencies do not have all these qualities.

What makes eNaira different from the money a bank account?

What is an eNaira wallet?

Is there a difference between an online bank transaction and eNaira wallet?

What are the benefits of eNaira?

What is the primary role of the CBN with respect to eNaira?

In line with Section 2 of the CBN Act 2007, the CBN is the issuing authority of all forms of Naira. The Central bank will also be responsible for determining the technical, regulatory, and operational standards for eNaira, to guide financial institutions.

No, it will circulate alongside cash. The eNaira will complement cash as a less costly, more efficient, generally accepted, safe, and trusted means of payment.

The eNaira is safe and secured with cryptographic techniques against counterfeiting, cloning, and other forms of attack.

Similar to the privacy enjoyed by current online banking patrons, the eNaira system has been designed to ensure data and user privacy. There are also operational policies and procedures in place to protect users’ identity and privacy.

Similar to cash, any person or business can have access to eNaira as long as they have the requirements for onboarding.

What is the exchange rate between eNaira and physical naira?

The eNaira will have the same value as the physical naira. As such, it will be exchanged one to one.

• Customers will be able to access eNaira via the eNaira wallet in app stores such
as the Google Play Store and the Apple App Store.

• Users can also dial a USSD short code and follow the required steps to perform
transactions.

How do I connect my eNaira wallet to my bank account?

The eNaira app allows customers to identify a bank of their choice, connect to their bank accounts, and perform transactions.

You can also reset your password within the App by navigating the settings menu.

Why should businesses operate the eNaira wallet?

Why should an individual download and fund the eNaira wallet?

How can eNaira be tranfered into an eNaira wallet?

• Direct transfer from your bank account
• Transfer from another wallet either individual or merchant;
• Cash payment through an agent or a bank.