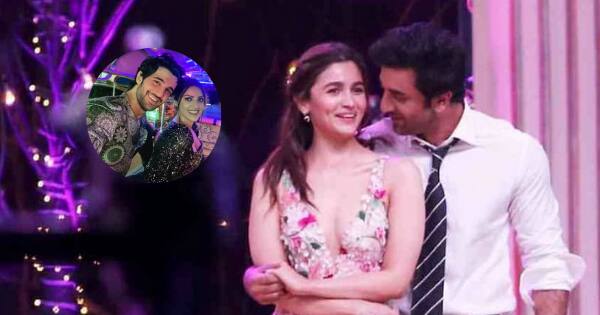 The past few weeks fans have been waiting for newer updates on Rajkummar Rao and Patralekhaa’s wedding and Katrina Kaif and Vicky Kaushal’s December do. However, another celeb wedding coming our way is that of Aditya Seal who is reportedly going to tie the knot with his actress lady love Anushka Ranjan in a couple of days. For those not in the know, reports had surfaced earlier that Aditya and Anushka were planning to tie the knot on November 21. Yes, yet another winter Bollywood wedding is taking place. And we have some exclusive dope to share, an inside scoop from the festivities planning of the Fittrat duo’s much-awaited wedding. Also Read – Trending OTT News Today: Badshah sings for The Rock in Red Notice, Kangana Ranaut launches the quirky first look of Tiku Weds Sheru and more

You would know that Bollywood actress Alia Bhatt is best friends with the Ranjan sister duo, Akansha and Anushka, right? So, it’s natural for a girl to get excited about her bestie’s wedding. And such is the case with the Highway actress too. Y’all know and have witnessed what a darling friend Alia is. She has been attending her friends’ weddings in the past. And not just that, she has been taking part in the pre and post-wedding festivities as well. She has turned bridesmaids too. And her excitement and enthusiasm are just the same with Anushka and Aditya’s wedding too. Also Read – Sussane Khan’s birthday bash with rumoured boyfriend Arslan Goni in Goa is proof for their love and friendship – view pics

A source close to the actress tells us that she is planning a special surprise for Anushka and Aditya and that Ranbir Kapoor is likely to be a part of the same too. “Alia already has a song in her mind for her performance with Ranbir Kapoor. It’s not a big performance, just a one, one and a half-minute thingy with others too, a parody. So, it’s likely to begin with Alia-Ranbir and then the others will join them,” the source informs. However, the Brahmastra actress is mano-ing (read convincing) her beau right now. The source added that “Ranbir is very shy, so let’s see if it happens and he gives a nod for the same.” The source added that Alia has been prepping for her performance too but she’s even more excited about performing with Ranbir. Also Read – The Empire web series review: Lavish sets, grand scale and an epic feel make Kunal Kapoor, Dino Morea’s show worth your time