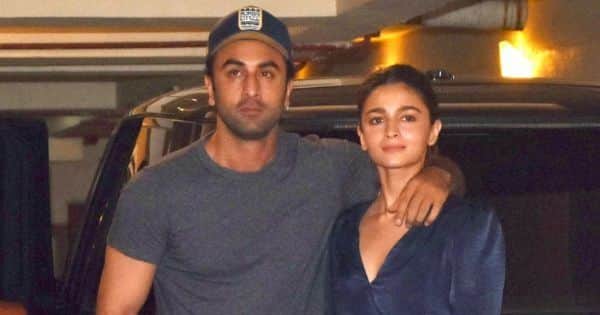 Alia Bhatt and Ranbir Kapoor’s wedding has been the talk of the town ever since the two stars got together. They’re very much in love and contrary to all the odds, their relationship has lasted longer than many had bet against. Now, with long relationships, especially in Bollywood, come the usual talks of wedding bells, and in the case of Alia Bhatt and Ranbir Kapoor, rumours of them tying the knot keep resurfacing every few days. So, we thought of settling the speculations once and for all, when, during an exclusive interview with Alia’s mother, Soni Razdan, for her upcoming Netflix series, Call My Agent, we posed the question of her daughter’s wedding date. Also Read – Deepika Padukone, Kriti Sanon and Alia Bhatt bring back the leather pants trend with panache; fashionistas take note!

Responding to our query, Soni Razdan said, “Even I don’t know when it’ll (the wedding) happen. Even I’m waiting for some information.” Also Read – From Kareena Kapoor Khan to Ananya Panday: 9 star kids who took risks with BOLD scenes in their films – view pics

Upon being probed further to give Alia Bhatt’s fans at least something, who’ve been waiting with bated breath since ages, Soniji added, “Well, there’s a lot of time left. It’ll happen some time in the future, and that’s a long way off. Now, when it’ll happen, I don’t know. Maybe, you’ll have to call Alia’s agent for that (a jovial reference to the web series she’s done), but even her agent might not know.” Also Read – It’s AWKWARD! 5 pictures of Alia Bhatt, Rashami Desai and others that will fill your day with laughter; it’s no joke

So, there you have it: All of you who’ve been shipping Ranbir Kapoor and Alia Bhatt and hoping for a marriage announcement soon will have to hold your horses longer as there’s quite some time left for the A-list couple to tie the knot.