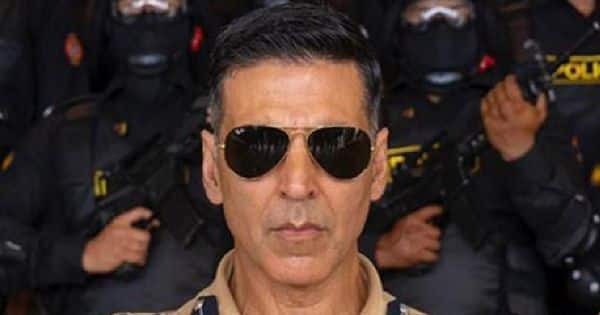 After registering a bumper opening weekend, and passing the tough Monday test with flying colours, Sooryavanshi is holding on magnificently well at the domestic box office to ensure that it finishes its first week on a supremely strong note. The overseas numbers are equally strong, which have pushed the Akshay Kumar and Katrina Kaif starrer within striking distance of the 150-crore club worldwide, but all eyes were always going to be on the domestic collections to see whether the big Diwali release would bring the family audience back to cinema halls in large numbers, and boy has the Rohit Shetty directorial done that and then some. Also Read – RRR song Naatu Naatu: ‘Goosebumps is a small word’ Fans give a huge thumbs up to Jr NTR and Ram Charan’s fab dance moves – see Twitter reactions

Sooryavanshi’s day 5 box office collection has firmly thrusted the movie into the 100-crore club domestically, and the Akshay Kumar and Katrina Kaif starrer is now eyeing a stupendous week 1 collection in the range of Rs. 115-120 crore nett, which would put it head and shoulders ahead of any Bollywood movie that had released once theatres gradually started re-opening across the country, plus sets the benchmark for other Bollywood releases to follow suit. Also Read – Into the Wild with Bear Grylls and Vicky Kaushal teaser: The Uri star keeps his ‘JOSH HIGH’ as he faces sharks and his secret biggest fear

Almost everyone, including probably the makers, would not have expected this kind of dominance by the Rohit Shetty directorial, especially after theatres were returning to normalcy after ages and just re-opening in Maharashtra and Kerala. What this has done has silenced the ‘Boycott Bollywood’ brigade and ‘SSR Warriors’ team as also those spreading fake news about the industry being seeped in drugs, while also surpassing the most enthusiastic expectations from the industry, trade and media.

Not even the COVID-19 threat still looming to a degree; 50% occupancy in Maharashtra and Kerala; shows not decided till the last moment could dampen the juggernaut that Sooryavanshi (which also sees extended cameos by Ajay Devgn as Singham and Ranveer Singh as Simmba) has become. Sooryavanshi needs a bare minimum of Rs. 200 crore nett to be declared a clean hit by the trade, which it should certainly now achieve. It would become a superhit at Rs. 220 crore nett, and, a blockbuster at Rs. 240 crore nett, both of which are also well within reach.