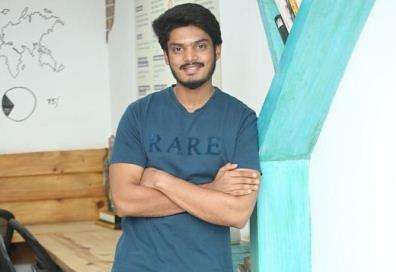 The pre-release event of Romantic was filled with emotions. Akash Puri, the hero of the film was visibly upset with the criticism he and his father director Puri Jagannadh received during their careers’ low phase. “A lot has been written about my father and my careers. People have written us off and went on to say that it’s the end of the road for Puri Jagannadh. I was quite used to these taunts, but the picture has changed after iSmart Shankar became a blockbuster,” begins Akash Puri.

He continues, “All these years I have been enjoying the success of my father. I am sure that a day will come where my father will feel the same about me. My dad has done all he can to see me as a hero on the big screen. Now I am waiting to give my success as a return gift. I will follow his footsteps as a director in the future.”

The lanky lad adds, “Romantic was delayed for over two years due to the pandemic. It was really frustrating and the delay has given me sleepless nights. I went through a lot while praying that this film should not skip a theatrical release. I have pinned all my hopes on this film and I am sure it’s going to entertain the audience in a big way.”

Speaking about his role in the film, Akash says, “I am playing Vasco Da Gama, a young gangster from Goa. He clearly knows what he wants and his life takes an unexpected turn after he falls in love.”

Romantic also has Ramya Krishnan playing a prominent role. On working with her, Akash says, “I was a kid when I watched her spectacular performance in Rajinikanth-starrer Narasimha. She plays a police officer and considering the ferocity she exudes in her face, it was stunning to see her don the khaki. I was intimidated by her presence and forgot my lines (laughs). However, she was really cool and supported me throughout the shoot.”

Up next, he will also be seen in Chor Bazaar. “It’s an action-packed entertainer and I am playing a role called Bachchan Saab. It’s an interesting character and the film is shaping up well. The film is nearing completion and we are eyeing an early next year release,” signs off Akash.