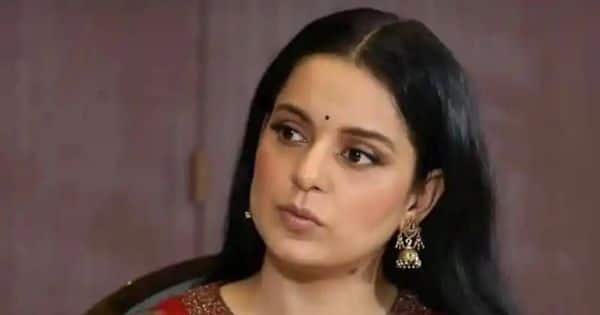 Kangana Ranaut has a stirred up a controversy yet again. At the Times Now Summit 2021 on Wednesday, the actress said that ‘the freedom we got in 1947 was a ‘bheek’, the citizens of India got real freedom in 2014.’ Kangana, who was recently given the Padma Shri, was apparently referring to the BJP coming to power in 2014. Now the Aam Aadmi Party (AAP) has submitted an application to the Mumbai Police today, demanding that a case be registered against Bollywood actor Kangana Ranaut for her reported remarks. Also Read – Oops! Kangana Ranaut, Priyanka Chopra Jonas, Aishwarya Rai Bachchan and more: Bollywood actresses’ most awkward, embarrassing moments caught on camera

Politician and BJP MP Varun Gandhi criticised her comment in a tweet. “Insulting the sacrifice of Mahatma Gandhi sometimes, respecting his killer sometimes, and now the disdain for the sacrifices of Mangal Pandey, Rani Laxmibai, Bhagat Singh, Chandrashekhar Azad, Netaji Subhash Chandra Bose and lakhs of freedom fighters. Should I call this thinking madness or treason?” the English translation of his tweet read. “It is an anti-national act and must be called out as such. To not do so would be a betrayal of all those who shed blood so that today we may stand tall and free as a nation,” he added. Also Read – Kangana Ranaut ‘tried to spot’ Karan Johar during Padma Awards; reveals if she’ll ever be friends with him

Kangana was recently given the Padma Shri award and so was filmmaker Karan Johar. Both of them have had spats in the past. Well, the actress revealed that their paths did not cross at the award ceremony. In an interview with Times Now, Kangana mentioned that the organisers supposedly made sure that the timing of their ceremonies were different. Also Read – Kangana Ranaut stirs up a controversy yet again; calls India’s Independence of 1947 ‘bheekh’ – Watch

(With inputs from PTI)