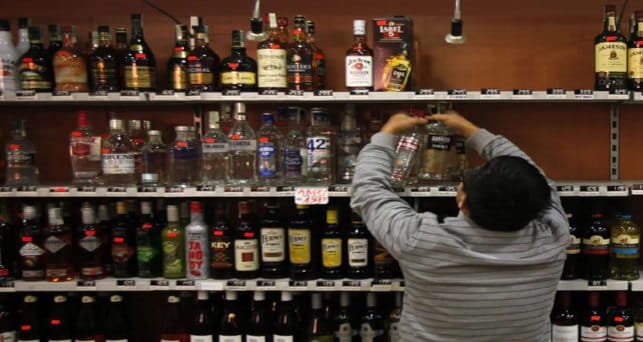 As per the new policy, the legal age to consume liquor in Delhi is 21 years. News18

New Delhi: The Delhi High Court Wednesday sought to know from the Delhi government how it will ensure that liquor is not provided to underage persons on home delivery under the new excise policy.

A bench of Chief Justice D N Patel and Justice Jyoti Singh also asked the Delhi government as to what is the process of verifying the age of the person who is ordering from home delivery of liquor.

How you will verify the age of a purchaser? You must answer this query. You cannot say you will not answer this, the bench asked Delhi Government’s senior counsel Rahul Mehra who said this is only an amendment in the existing rule and it is yet to come into existence.

He said there would be provisions like giving the Aadhaar number or any other age proof whenever it comes into existence.

As per the new policy, the legal age to consume liquor in Delhi is 21 years.

The court heard a petition by BJP MP Parvesh Sahib Singh Verma challenging the provision of home delivery of liquor under the new excise policy of the Delhi government.

The counsel representing Verma said they have challenged the provision as there is no process of age surveillance due to which it can be handed over to an underage person and also at a public place.

Regarding the petitioner’s contention that home delivery of liquor will have an adverse impact on children of the house, senior advocate Abhishek Manu Singhvi, also representing the Delhi government, said even if a person goes out to purchase alcohol from a shop, he will bring it home so the impact would be the same and it does not mean that they are spoiling children.

Both Singhvi and Mehra said only the modality has changed and the system of home delivery is existing for the last 20-30 years.

Earlier, the method of applying for home delivery of liquor was through email or fax, now it has to be done through some mobile app, the counsel said.

The court, which was informed that the reply filed by the Delhi government is not on record, said it be placed on record and listed the plea for further hearing on 18 November, when other batch matters challenging the legality of the new excise policy are also fixed for proceeding.

Several petitions are pending before the court against the New Excise Policy.

In his petition, which challenges Rule 66(6) of the Delhi Excise (Amendment) Rules of 2021, and is filed through advocate Balaji Srinivasan, Verma has submitted that the new policy was introduced at a time when the national capital was still grappling with the deadly second wave (of COVID-19

) and acute shortage of medicines and vaccinations, and also overlooked the impact of bringing alcohol into households on domestic and child abuse.

The 2021 Amendment undermines the ban on the consumption of liquor in public places by making it possible to deliver alcohol to public places… The Rules enable the possibility of delivery of alcohol to hospitals and schools. It lacks any consideration to the safety of those delivering the liquor, the petition said.

It is also contended that home delivery of liquor was against Article 47 of the Constitution which makes it the duty of the state to improve public health and make an endeavour to bring about prohibition of the consumption of intoxicating drinks.

The court had earlier refused to stay the new excise policy on the petition by Readymade Plaza India Pvt Ltd which contended that the new regime would lead to a monopoly of the few big players.

Delhi government had stated that its new Excise Policy 2021-22 aimed at minimising corruption and providing fair competition in the liquor trade and that all apprehensions against it were only fanciful.

The AAP government had said that there was a full-scale assault on it on the issue.