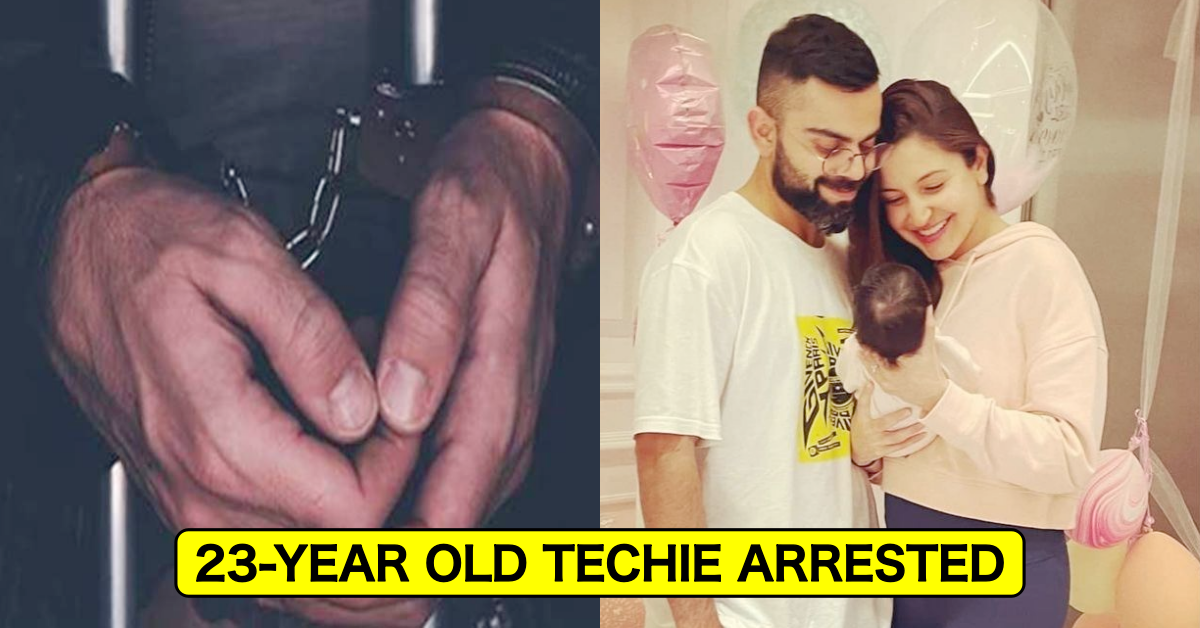 The Mumbai Police has arrested a software engineer from Hyderabad on allegations of making online rape threats to Virat Kohli’s daughter, Vamika, following India‘s loss to Pakistan at the T20 World Cup.

The Delhi Commission for Women (DCW) had earlier issued a notice to the Police demanding action to be taken against the online perpetrator who had acted in this disgusting way.

It has now been found out that a Twitter user by the handle of @Criccrazyygirl issued rape threats to Virat Kohli and Anushka Sharma’s nine-month-old daughter after Kohli had spoken against the “spineless” abusers of Mohammed Shami, who was targetted online for his religion after his disappointing performance against Pakistan.

The then Indian captain called it a “pathetic” act by those who attacked Shami for his religion.

This Twitter account, which belongs to a 23-year-old software engineer from Hyderabad, has now been deleted. The person is reported to have earlier worked for a food delivery app also.

“It is learnt that he is being also attacked since he spoke against the incessant trolling of his teammate Md. Shami who was targeted for his religion by online trolls. This is a very serious matter and attracts immediate action,” said DCW chairperson Swati Maliwal.

The Delhi Council for Women (DCW) had taken a suo motu cognisance of the incident, asking Delhi Police to file an FIR.

Vamika was born on 11 January earlier this year as Virat Kohli and his wife, Bollywood actor Anushka Sharma, became parents for the first time.

Virat Kohli, who stepped down as India’s T20I captain at the conclusion of the T20 World Cup where India exited before the knockouts, has been rested for the upcoming home 3-T20I series against New Zealand. Rohit Sharma has been appointed captain with KL Rahul as his deputy.

Ruturaj Gaikwad, Venkatesh Iyer, Harshal Patel, and Avesh Khan have been rewarded for their IPL performances with call-ups to the national squad. Along with Virat Kohli, Jasprit Bumrah, Mohammed Shami and Ravindra Jadeja have been given a deserved rest.